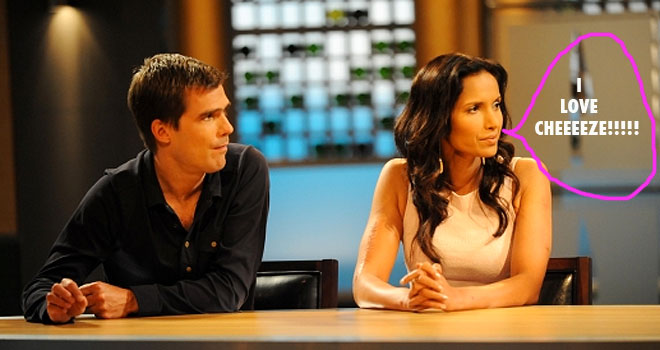 Like, LOVES it. Favorite soundbite of the night, by far. Sorry, Micah—your meagre  plate of cheese curds can’t satisfy her lust for lactose.

7. Truffle popcorn is still a thing

Really Top Chef? You pick truffle-oil-drenched popcorn as one of your “artisanal” products? We’re pretty sure truffle-flavored stuff was banned from the civilized food in 2007.

3. All of the singing featured in Les Misérables was recorded live

Wow, an entire commercial break dedicated to a behind-the-scenes look at the upcoming Les Mis movie? Ka-ching! And it is Bravo, after all. (And we did cry a little—OK, a lot.)

2. Kuniko still has a shot

Yagi won the most recent Last Chance Kitchen, woo hoo! There’s hope for her yet.

“I used to follow Widepsread Panic around the country selling vegan sushi out of a van.” Say what?! Just when we started to think you were way boring, that happened. (Unfortunately, so did those orange pants…)