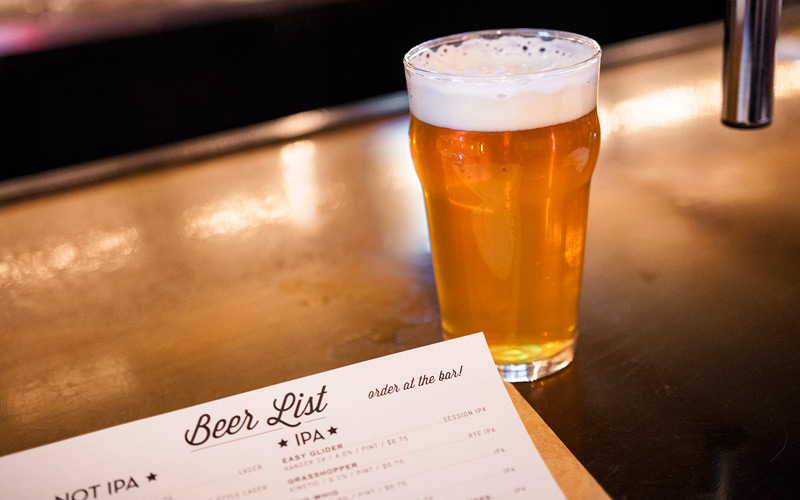 Via Tony's Darts Away

If you’re a craft beer aficionado in Los Angeles, you probably know the name Tony Yanow. He’s been running Tony’s Darts Away in Burbank since 2010. (Fun fact: the bar isn’t named after him.) Tony’s  is an eco-friendly gastropub that serves only California beers. In 2011 he opened the Echo Park beer hall Mohawk Bend, and he followed that up by co-founding his own craft brewery, Golden Road Brewing in Glendale. Golden Road was acquired by Anheuser-Busch in 2015, but Yanow still owns Tony’s Darts Away and Mohawk Bend, and he has several new beer-related projects in the works.

This weekend Yanow is celebrating seven years at the bar that started it all. Saturday and Sunday, Tony’s Darts Away will offer specialty beer tappings every hour on the hour, as well as plenty of food specials. Saturday’s IPA tappings include Darts Away IPA, brewed in collaboration by Bluebird Brasserie and Kern River Brewing Co. In honor of the establishment’s seven-year anniversary, the Darts Away IPA was boiled for 70 minutes, and uses seven kinds of hops: Centennial, Amarillo, Cascade, Chinook, Ahtanum, CTZ, and one “top secret super special varietal.” Drink it from an anniversary glass for $12, or buy the glass itself for $5. On “Sour Sunday” the hourly tappings will feature sour and wild craft beers. View the full tapping schedule on the bar’s website.

Tony’s Darts Away is located at 1710 W. Magnolia Blvd in Burbank. Admission to the seventh anniversary festivities is free.

RELATED: Tickets Are Still Available (for the Moment) for Burgers, Bourbon + Beer on May 24th