Home Dining Chefs and Restaurateurs There’s More Wine Being Made in L.A. Than You Probably Realize 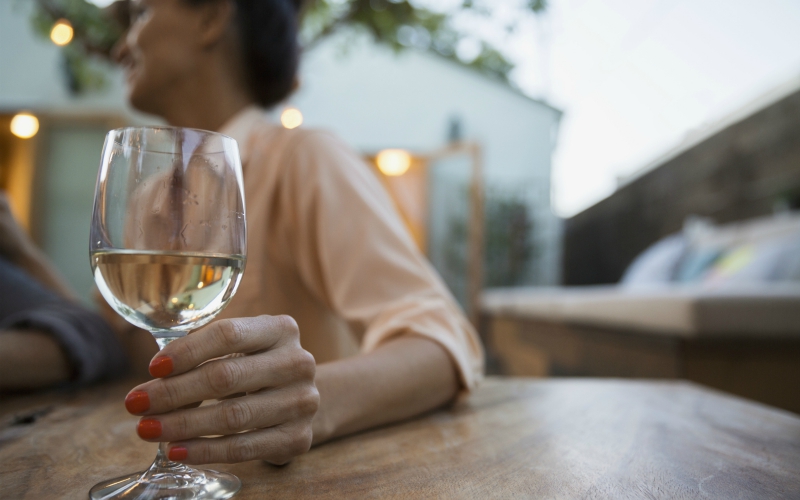 To most Angelenos, the phrase “Los Angeles wineries” probably looks like a typo. The venerable San Antonio Winery in Lincoln Heights is the only one, right?

Once upon a time, maybe so. But these days, more and more winemakers are calling L.A. home—a fact that Andrew Corbett, general manager of Café Birdie and Good Housekeeping in Highland Park, thinks more people should be aware of.

“I feel like you go to a lot of restaurants and they have all local beer,” says Corbett, who also serves as wine director for Esprit de Corps, the hospitality group whose other properties include Bar Angeles in Silver Lake and Horse Thief BBQ downtown. “But I had never seen all local wine before.”

Corbett wanted to change that. So in the coming weeks at Good Housekeeping, the speakeasy-like bar tucked away behind Café Birdie, he’ll roll out a new wine list called “To Live and Wine in L.A.,” showcasing some of his favorites wines produced by L.A.-based winemakers—all of which, he says, rival anything currently coming out of the state’s better-known regions.

“I just wanted a way to show off what Angelenos are doing in the wine industry,” says Corbett.

A post shared by Good Housekeeping HLP (@goodhousekeepinghlp) on Dec 4, 2017 at 2:40pm PST

The list will include five wines by the glass and one or two higher-end wines by the bottle. Among the wineries that will be represented at launch are Major Wines, Koehnen Wine Company, Byron Blatty, L.A. Wine Project, and the Angeleno Wine Company. If the program is successful, Corbett hopes to expand the list and keep it updated with new offerings from these and other L.A. winemakers.

One of the wines that will be offered by the glass is Angeleno Wine’s Superbloom, a white blend combining Albariño, Riesling, and Chenin Blanc. Also on the initial list: Major Wines’ Gamay Noir and Pinot Noir, two wines Corbett describes as “really up my alley in terms of style: great acidity, really juicy [but] with a nice, kind of earthy nuance.” A Tempranillo from Koehnen and pale rosé of Grenache from L.A. Wine Project round out the by-the-glass offerings.

Not many wine grapes are grown within L.A. County, but the winemakers on Corbett’s list source locally when they can. Bryon Blatty’s Tremor, for instance—which will be available by the bottle—is a blend of Grenache and Merlot from Antelope Valley and Syrah from the Sierra Pelona Mountains, just north of Byron Blatty’s headquarters in Santa Clarita. Owners Mark and Jenny Blatty commute to the winery from their home in Mount Washington—just a couple miles away from Good Housekeeping.

“Los Angeles was the birthplace of California’s wine industry,” notes Mark Blatty, referring to the first commercial winery in the state, opened in downtown Los Angeles way back in 1833 (a historical detail also cited on the Angeleno Wine Company’s bottles). “Over the last few decades the city has gone through a food and beverage renaissance of sorts, but local wine has lagged behind. It’s time to change that.”