When Lucie Basch started working in the food industry in the mid-2000s, she was shocked to learn how much food we waste globally.

“We don’t use 40% of the edibles we produce,” said Basch. “I thought that there must be a way to get this food to people and out of trash cans.”

After investigating various possibilities, she and a partner came up with the idea for their app, Too Good To Go, to efficiently get food unsold at full retail prices to consumers at a reduced cost.

The idea is simple, benefiting both the retailer and the consumer. The unsold product is offered at a reduced price to consumers through the app, launching today in the Los Angeles market. Just as in the other 12 U.S. cities where Too Good to Go operates, users can browse the list of retailers (300 in L.A.), which includes grocery stores and restaurants. They then reserve what the company calls a “surprise bag,” containing whatever food the store is giving away that day. Once the bill is paid on the app, users are given a window in which to pick up their bag of food. This is for the open-minded, though; there aren’t any choices offered so the consumer takes what’s on offer that day.

“Obviously, you know that if you order from a bakery you’re likely going to get pastries or bread—whatever they sell regularly,” says Basch. “So people chose the stores they’re most interested in.”

The bags are usually priced around $4 to $6 and contain food that would have originally cost approximately three times that amount. The retailer makes a little money and the consumer saves money. For some, this could also be a convenient way to try something new. When hearing about the app, one L.A. mom said she’d like to get stale bread to make her own croutons and bread crumbs. 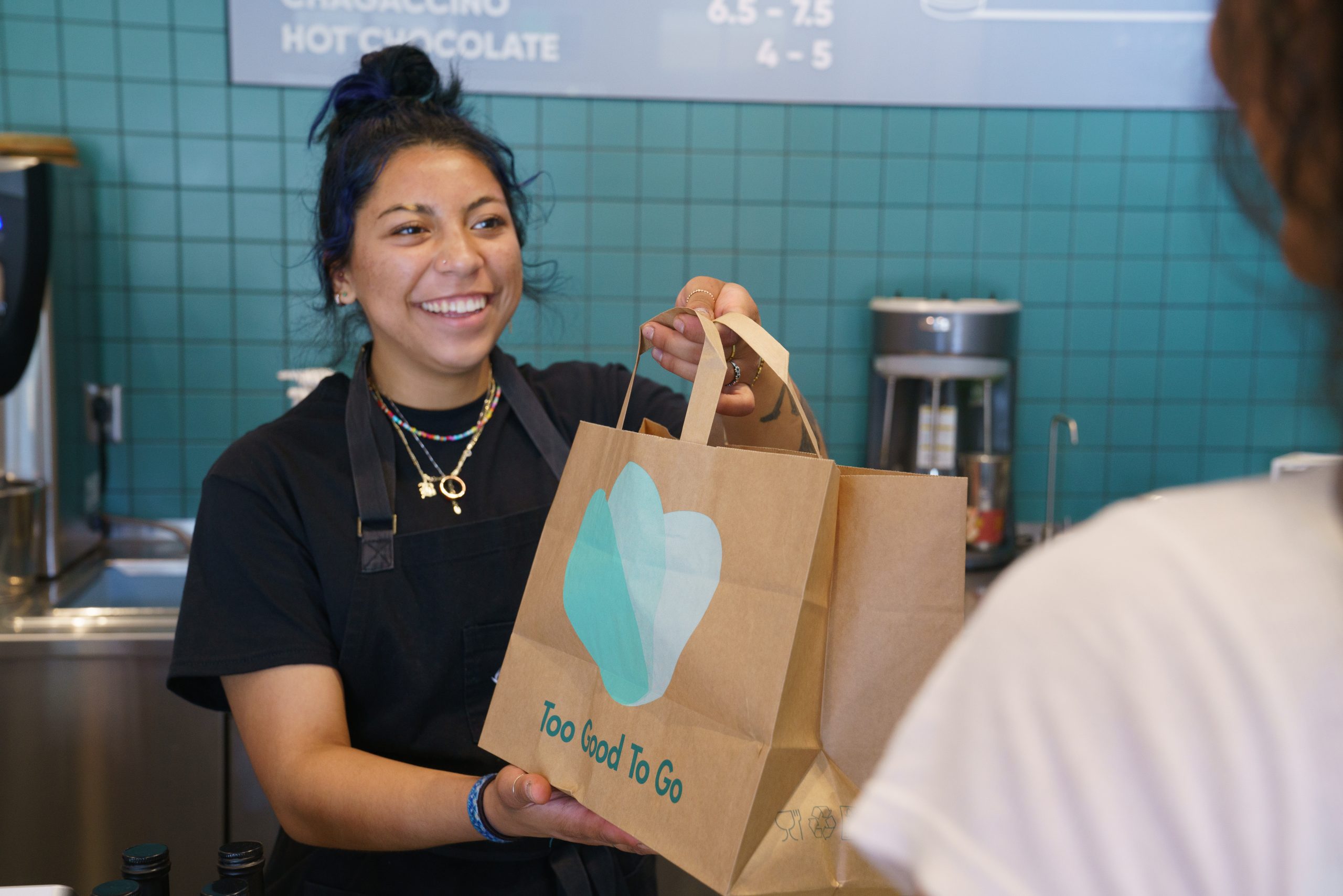 Too Good To Go charges retailers $1.79 per bag and an annual fee of $89. Jordan G. Hardin, Director of Food & Beverage at the 14 Alfred Coffee shops in L.A. says he thinks the idea is worth trying and the price is fair. After hearing about the program from a barista, he investigated the concept.

“Alfred Coffee is always looking for waste mitigation services and something like Too Good To Go was aligned,” Hardin says. “As a coffee shop, we’re always trying to find a balance between not having enough pastries and food for customers and having too much. There is an inherent amount of waste built into running a business with food, but Too Good To Go was able to help us strike that balance even better.”

Too Good To Go is global, with operations in 17 countries and partners with 116,000 large and small businesses. And word has been spreading through social media, with customers posting pictures of their mystery food. The app has been among the top 10 downloaded in the food category and TGTG was named an influential company by Time in 2022.

With all the food insecurity across the globe, a possible recession looming and a climate crisis necessitating urgent changes to how we think of consumption, the ideas germain to Too Good To Go’s concept should, ideally, appeal to a broad base. The idea, as Basch says, is simple; it may also be genius.