Home Dining L.A.’s Servers Say Tipping Is Way Down During the Pandemic 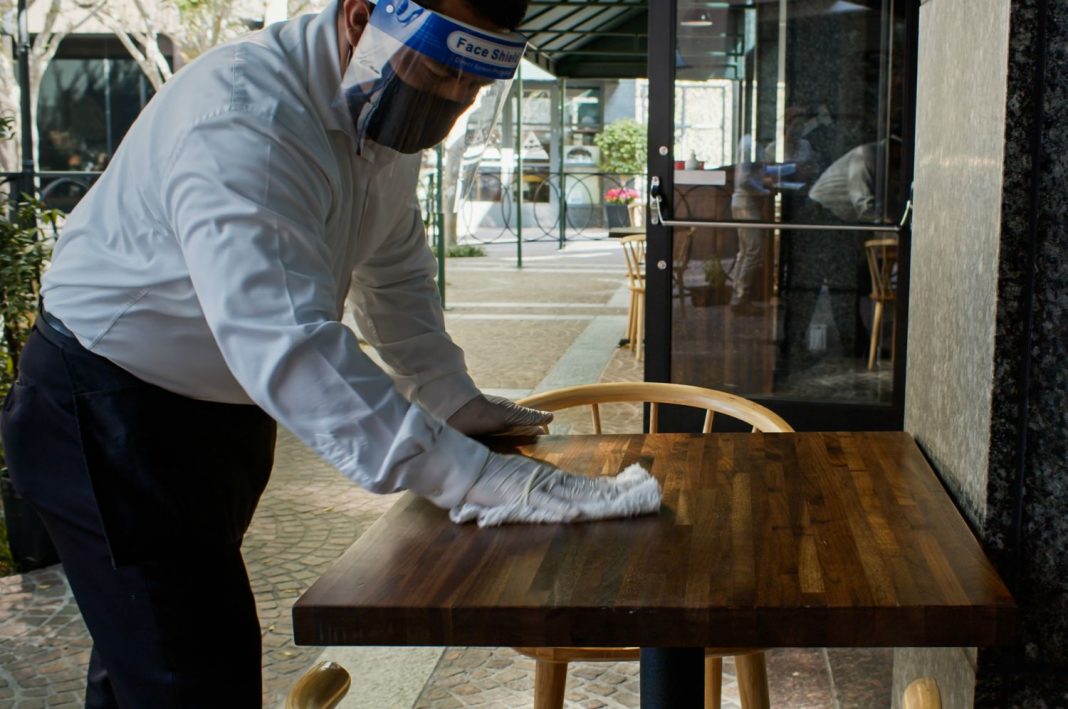 Working as a server in L.A. was an unstable gig before toxic air choked the skies and a deadly respiratory disease threatened dining rooms. Now, many say the job has become impossible.

One obvious reason: tips are down. Significantly so. After experiencing a wave of generosity when Angelenos first received their EDD cards, waiters and other food service workers in the city are having to dip into savings just to pay for basic expenses.

“In the beginning, people were like ‘Man, it’s going to be a crazy two weeks, here’s my money. Hope you guys are OK,’” says David, a waiter at a high-end neighborhood spot on the Eastside who asked to remain anonymous in order to speak candidly about customer behavior. “Now it’s completely erratic. Some tables don’t tip at all.”

David thinks some of the more paltry tips can be attributed to customers’ disappointment with the new dining experience. “I try to provide people with an escape but I’m wearing a mask, I’ve got a visor and gloves on,” he says. “I look like I’m about to clean your teeth, not serve you spaghetti.”

Jay Krymis, who owns Mezcalero in downtown L.A. and Padre in Long Beach, says owners at restaurants across the city are complaining to him about getting stiffed by customers.

“It’s happening on Melrose in West Hollywood and in downtown,” he says. “We’re in this weird position where we’re being forced to tell the customer ‘no’ all the time. We’re barking at folks to wear masks. It feels a little draconian. I’m sure that does lead to a reduction in gratuities and the customer experience. Also, you know, people are on a budget.”

Recently, a customer spent $220 and left a $1 tip. “We’re still trying to figure out what went wrong there,” Krymis says.

In June, One Fair Wage, a nonprofit that advocates for higher wages for restaurant workers, commissioned a study in New York that found tips had fallen between 75 and 90 percent since the pandemic began. The organization is now calling for a full minimum wage in a number of states where the tipped minimum wage is ridiculously low.

Others have called for standardized COVID surcharges and the dismantling of the tip system altogether. As critics point out, tipping fortifies racial disparities in income, with customers generally giving white servers bigger tips than black servers.

In L.A., low tips also seem inextricable from another big problem with reopening: reduced capacity. The city’s al-fresco permit program allowed many restaurants to operate with fewer seats outdoors but phase two of the program—which would streamline approval for additional outdoor dining in parking spaces and traffic lanes—seems to be on pause.

Jed Mitra, a co-owner of Coffee MCO in Koreatown, says that while outdoor seating has allowed his business to survive, revenue is all over the place.

That can make paying your bills a challenge. Jose Padilla, who works as a bartender at LAX, says his income has sharply declined since the pandemic began. “I used to serve at least 200 people per day and now I probably take care of, at most, 50 people. It’s a big change. I went from $1,000 dollars from tips a month to now being lucky if I get $300 to $400,” he says.

He used to chat up customers—about the NBA playoffs, their upcoming flights—forging the kind of connections that typically led to solid tips. Now that everything at the bar is grab-and-go, he says customers are confused about the setup. “Some people are like, ‘Why?’ They just flew in from Florida or Texas, which has indoor dining, and they don’t understand why they can’t sit down.”

At eateries where tipping was never part of the pay structure, the stress of mask-less customers, extensive cleaning protocols, and erratic hours is feeling extra thankless.

Elvia Martinez works at a Panda Express at LAX’s international terminal, where customers frequently roll their eyes when she asks them to don masks. “It’s hard because there’s no security guard to enforce the rules and I don’t feel like I have much authority,” she says. Martinez lives with her two daughters and mom in a garage in South Central. “My mom said, ‘Don’t go to work, you’re going to get sick,’ but I need my hours to get healthcare.”

“If I was able to collect tips, that would help a lot,” she adds. “Even $5 extra a day would mean $25 by the end of the week, which would help me with gas money or to pay for parking for the month.”

RELATED: L.A. Restaurants That Have Closed Amid the Pandemic: Dominique Ansel Bakery, Preux & Proper, and More