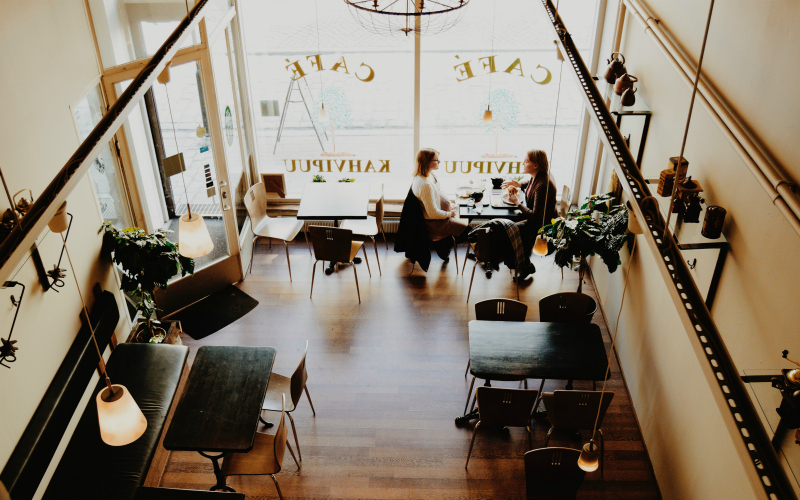 Writing in a tip when you get your restaurant bill is so customary at this point that most of us just do it on auto-pilot, without really stopping to think about why we do it. But one person who has put a lot of thought into the matter is Andrea Borgen, the owner of Barcito in downtown L.A. In collaboration with her staff, she moved the restaurant off of tips in 2016—and she wasn’t quite prepared for the backlash.

“Sales have slumped, and recently hit an all-time low,” Borgen writes in an op-ed she released on Medium. “After operating on a no-tipping, ‘hospitality included’ model for two years, we are just beginning to understand the full scope of its subsequent, unintended consequences.”

When Barcito opened, they accepted tips, but a few months into operations the crew switched to the no-tip model. That meant increasing prices a bit. The biggest jump was on the menu’s most expensive item, a braised short rib dish which went up from $13 to $16.

“Our braised short rib, once met with rave reviews began to be described as ‘small’ and ‘underwhelming’ at $16,” Borgen writes. “Our Google listing now shows a price rating of three dollar signs ($$$) instead of one ($).”

Before opening Barcito, Borgen worked for Danny Meyer’s influential New York-based restaurant empire, Union Square Hospitality Group, which went entirely tip-free in 2015. Meyer was lauded for the move, which was seen as a progressive stand to support hospitality workers in both the front of house and un-tipped back of house as well a move to provide health care for employees who frequently lack access to work-based policies. Relying on tips creates significant wage instability for servers and bartenders who can see their incomes fluctuate wildly depending on the whims of diners, and the model is particularly problematic for female servers who are often subjected to harassment by customers who dangle the threat of withholding a tip as an excuse for inappropriate behavior.

But, it turns out, for a young first-time restaurant owner, taking a stand against an ingrained dining tradition comes a little harder than it does for the guy who started Shake Shack. There was a short burst of positive media attention for Borgen’s initiative, but that quickly faded and left her once-bustling neighborhood spot struggling.

After several stressful months, even moments when she considered shuttering Barcito and moving back to Argentina, Borgen ultimately decided to dig in her heels to be the change she wants to see. “Despite all of this — the lagging sales, the skewed value perception, and the multitude of both administrative and financial challenges a no-tipping model poses — if I had to do it all over again, I would.”

For Borgen, the way to thrive will be to lean in on one advantage that going tip free did bring to Barcito: the ability to attract and retain high-quality employees in the kitchen and dining room. An employee-focused workplace that provides a living wage, health care, and a corporate culture of unity between back and front of house has contributed to significant drop in employee turnover, which in turn improves the customer experience. Regular customers develop relationships with faces they see working in Barcito, and that encourages them to make return visits to a place where they feel a sense of connection and community.

“Since we eliminated tipping, Barcito has never had a stronger team of dedicated, passionate employees who love working with one another and push the hospitality envelope on a daily basis,” Borgen writes. “We have little turnover, and the ability to provide these very-deserving people a stable wage with health insurance benefits is a responsibility I take quite seriously. Not just because I believe it’s a meaningful departure for this industry — and for the physical and mental health of all those who work in it — but because I’ve made it such an integral part of my business model.”

With minimum wage increases set for 2022, Borgen suspects many of the city’s independent restaurants will be forced to increase prices somewhat regardless of their tipping policies, so she sees herself well positioned on that front—if she can stick it out until that wave hits her competitors. And she has another plan to keep her business going: getting back to basics. Over time, she added more dishes to the menu and tried to become more ambitious than a limited kitchen and storage space could efficiently accommodate. By paring back to essentials, she can save money stocking ingredients and prepping for all those extras.

In addition to Barcito, Borgen cites Westbound, Bar Nine, and Journeymen among L.A. restaurants that share her pro-worker, anti-tip vision, but she hopes more will come along soon and really start to tip the scale.

“Part of my disillusionment is directly related to the fact that not enough people are doing this,” she writes. “Not enough people are standing up for their employees’ rights, for the deeply important change a no-tipping model can, and does, invoke.”

Venus Williams On L.A.’s Healthcare and Homeless Crisis: We Must Keep Talking About It