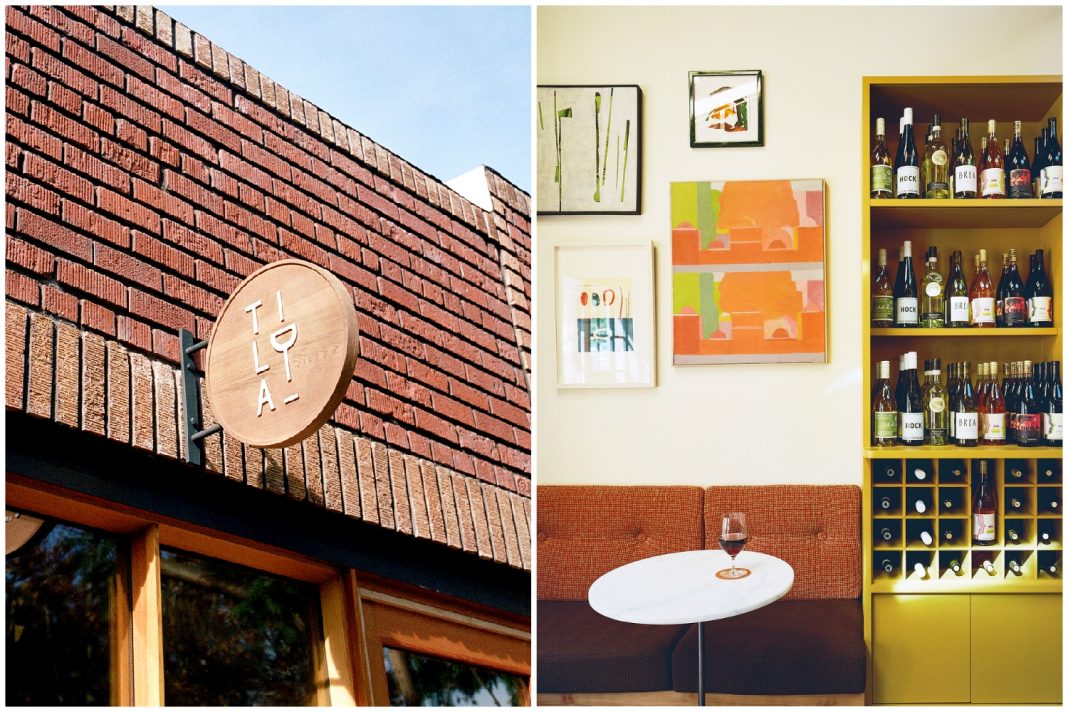 “We get a lot of, ‘You don’t understand, I live right there,” says Jason Goldman, who opened the bar in February with partner Christian Stayner.

Goldman and Stayner also live in the ‘hood, and are building a mini-complex based on what they thought the area lacked. Soon to join Tilda in the same strip of retail storefronts is Etti, a restaurant focused on Roman-style Italian food, and Parrot House, a coworking and event space catering to freelancers and others in the narrative arts.

It all started with a building from 1928. Rather than demolish the structure and replace it with something larger, the duo decided to keep it intact. “It was more important to keep the physicality of it,” says Stayner, an architect whose firm is also just blocks away. They preserved the timber trusses, exposed the original brick facade, and kept much of the interior’s airy openness. Everything on the project—from creating the furniture to the graphic design—was done by Stayner’s firm.

They tried to do everything with community in mind. General manager and Bar Calo alum Carrie Funk—who also lives “literally 100 feet” away from the complex—says that all their wines are from California. Going with local, natural wines allows for a more “transparent supply and production chain,” Funks says, and allows them to have a “physical, personal relationship with these wines and winemakers.” It’s not uncommon, in fact, to find one of the winemakers sipping a glass at the bar on any given night, having driven down from their farm with a case of something new in tow. 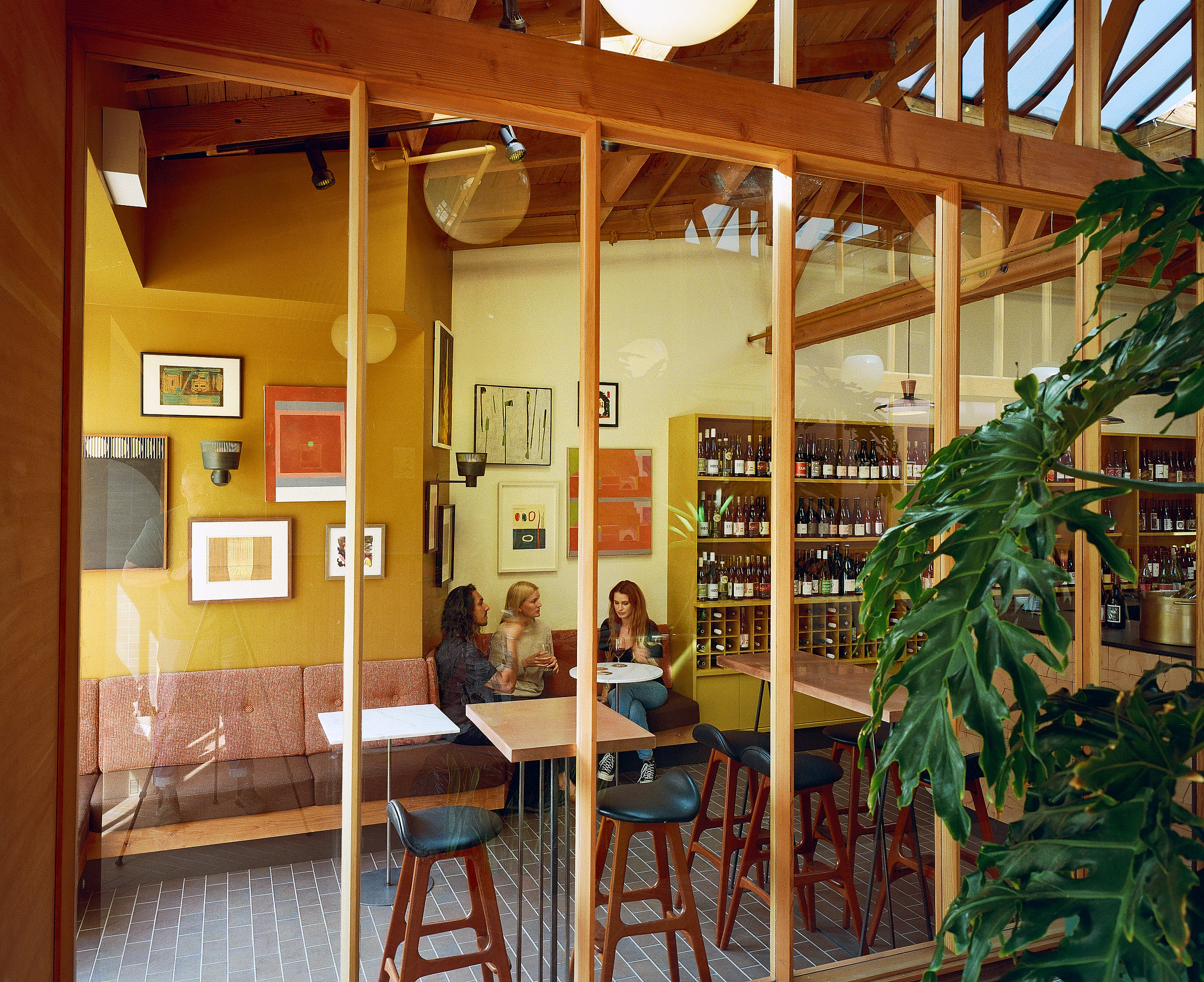 The food menu at Tilda includes small plates that compliment the wine list. “We have a lot of salty things that go well with bright white wine,” Goldman said, like the tinned fish board, which includes a tin of sardines, butter, olive oil, and salsa verde. Or the Classique: flaked tuna, piquillo peppers, haricots verts, and potatoes.

According to Funk, “Tilda’s food was inspired by really simple wine bars in Europe,” referencing the caves à manger of Paris and enoteca of Italy. When Etti opens this spring, “the menus will evolve into two different things that compliment each other,” she continues. “So, someone who wants to experience both places in a day can.”

Parrot House, the coworking-event space in the back of the building also scheduled to open this spring, was Stayner’s sister’s idea. A journalist, she moved back to Los Angeles last year and wanted to find a place in Echo Park where people working on narrative could work together. Programming at the space will include seminars, talks, and business development for freelancers.

“We kind of envision Tilda as a living room, and then we’re building Etti to be a really kick-ass dining room,” Funk concludes. “It feels like home. And I think Parrot House is a home office.”

RELATED: A New Echo Park Bar Is Tapping into History with an Impressive Collection of Madeiras