Home Drinking Cocktails A New Echo Park Bar Is Tapping into History with an Impressive... 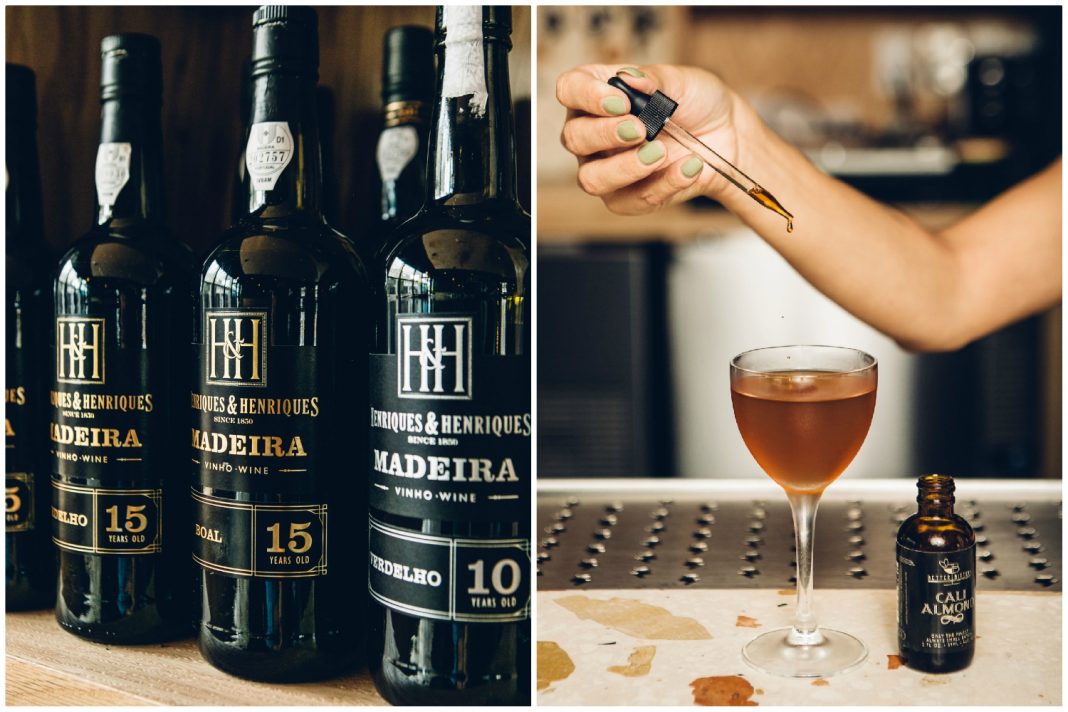 Nestled between the Park’s Finest BBQ and the Knights Inn motel, Thunderbolt has arrived to light up a rather dim stretch of Temple. There aim is to bring a little excitement and southern hospitality to Echo Park. The names of the expertly crafted cocktails hint at southern charm, and fried green tomato sandwiches, biscuits, and peach cobbler are coming out of the kitchen—but the extensive Madeira program is the real nod to the Mason-Dixon.

The Portuguese Island of Madeira has been producing the very distinct fortified wine of the same name for centuries. When ships were sailing from the Old World to the New they would stop in the port of Madeira, off the coast of Africa, to pick up supplies and drink. They would fortify the wines they found with Brandy and stow them away for the long journey. The wine would be jostled, the heat from the West Indies would do its thing, and something much different landed on shore. Madeira became popular in the South 300 years ago, and it hasn’t changed much since.

Modern Madeira production doesn’t involve sailors fighting off scurvy, but the process is still all about pasteurization, heat, and oxidation. The quality, taste, and essence starts with the grapes. Sercial and Verdelho are the dryer styles, while Boal and Malvasia are richer and sweeter. There are a few other outlier grapes, including Tinta Negra, which makes up a large part of the grapes produced on the island; it’s used to make lighter styles of Madeira, so it wasn’t recognized until 1980 as a noble Madeira varietal.

Madeira tastes like a special occasion and was what the fore fathers used to toast the Declaration of Independence. In Los Angeles you’ll find countless bars where you can enjoy other fortified wines like sherry or vermouth, but finding Madeira has been a bit more difficult—until now.

Currently, Thunderbolt has 25 Madeiras, and the oldest they’re pouring is from the ’60s. To highlight the drink’s history and journey, there’s a special menu with a map that shows the circuitous route the fortified wine took to land in America.

Asked why Madeira was important to the beverage program at Thunderbolt, partner Mike Capoferri says, “Madeira was such an important product to the culture there, it was the luxury wine at the time and created wine culture in the South.” He feels it’s important that Thunderbolt foster a unique experience around Madeira, introducing it to guests that may already be interested in spirits or just looking to try something new. Capoferri hopes to make Madeira accessible: “There is a lot of purpose in the way that we built the menu. It’s meant to be an exploration, it’s meant to be super educational as you go, it’s meant to be affordable.”

Los Angeles is in the throes of a booze-drenched renaissance with endless places to drink, but to try something new is still exciting. At Thunderbolt you can have a glass of Madeira, learn something, and maybe find your new favorite drink.

RELATED: Why Caviar Is Coveted (and Why You Shouldn’t Be Afraid of It)