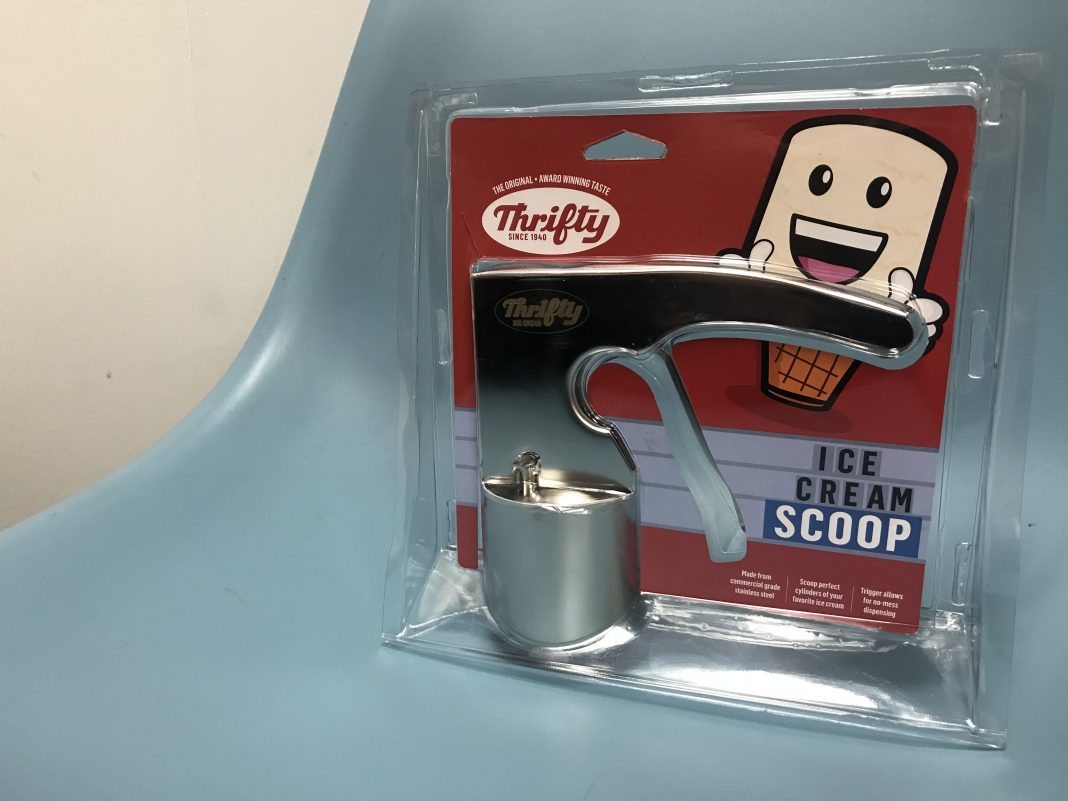 The manager of the Miracle Mile Rite-Aid excitedly shouted, “You got the last one! There’s no more!” as she rang up the strangely shaped ice cream scooper I purchased this morning.

The stainless steel contraption, kept behind the register, is similar to the one used to create the signature cylindrical scoops that generations of Angelenos have grown up with. It has long been the symbol of the Thrifty ice cream brand, but until now it has only been available to the highly trained individuals behind the counter. Customers could never be entrusted with the spring-powered trigger gun loaded with dispenser spikes that crafts those easily stackable circles of Chocolate Malted Crunch and Mint ‘n Chip, or Pecan Praline with Butter Pecan.

A friend posted a picture on Instagram, then I noticed the scoopers started showing up on eBay, where one near Hemet drew 25 bids and sold for $121.50. There were sightings and rumors of them in the wild, but after a mid-week survey of more than a dozen stores left me empty-handed, I figured it might be a Bigfoot story. Maybe some prototypes had escaped into the wild. The store manager even speculated that they might not return. “They’re just testing them out,” she told me. Another store clerk had tipped me off that they might be expecting a new batch at the end of the week so I took a chance, and ended up walking away with one of the gadgets for $19.99.

Before the brand was purchase by Rite-Aid in 1996, the entire store was known as Thrifty (they even had a bunch of catchy jingles). The defunct chain was a Los Angeles institution that would have turned 100 this year. In the spring of 1933, Thrifty parked a truck outside its downtown location and started scooping ice cream. Six years later, the chain purchased a plant in Hollywood and started cranking out its house brand. By World War II, there were 60 stores, many of which featured a counter and grill alongside the soda fountain.

From the 1950s to the 1990s, the stores grew and changed, but the ice cream always stayed the same. The plant relocated to a new, larger building in El Monte in 1976 (where it remains today), but kept on producing the same line. Thrifty even managed to keep the prices old timey, changing them so slowly that even today a single scoop is only $1.99, less than half the price of some of the ice cream joints we’ve recently sampled. 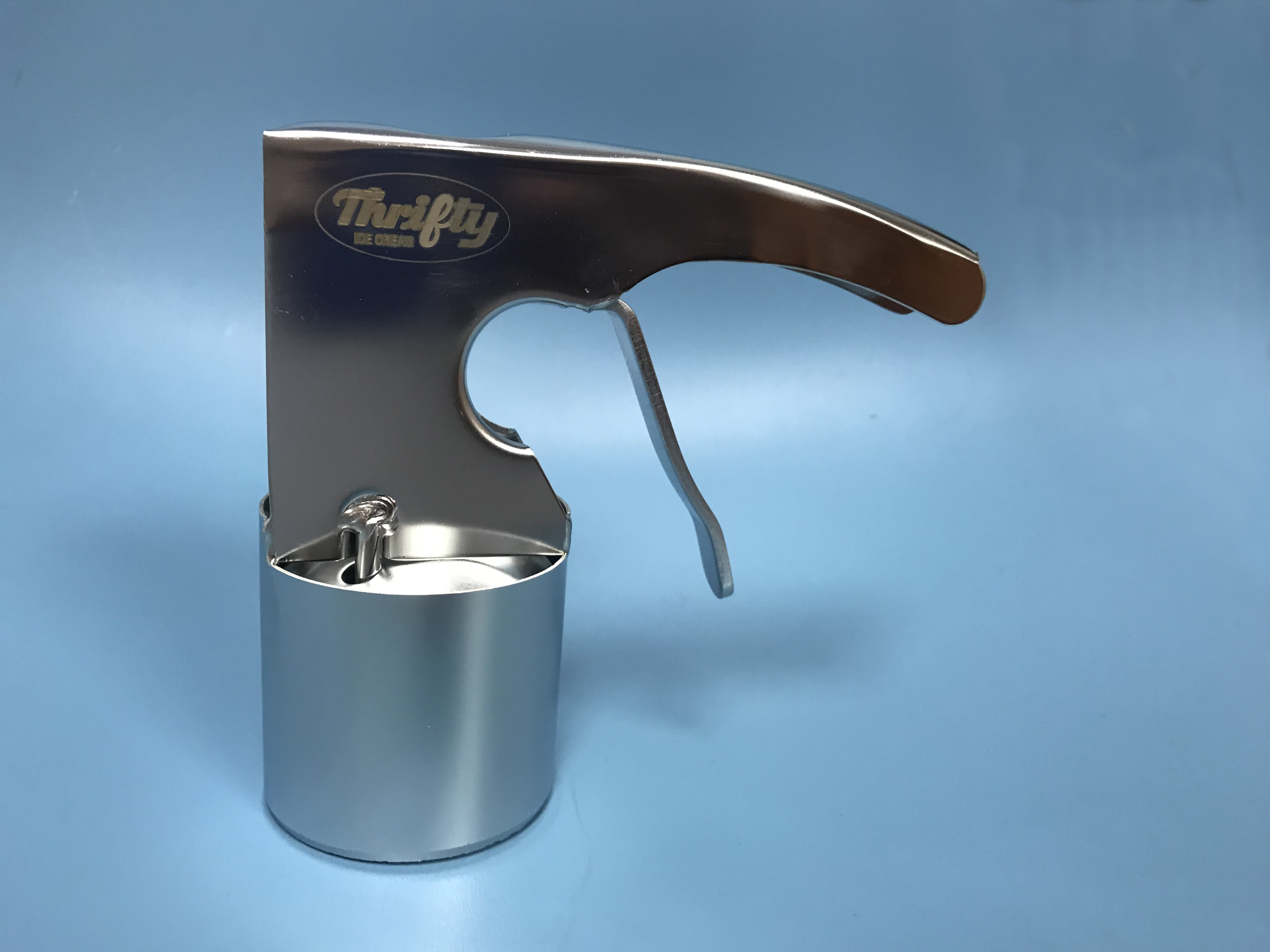 The new scoops are made in China and the labeling feels like it might have suffered a little loss in translation, with a new lip-licking mascot and sayings like “Let the fun begin as you dive in with your scooper” and “squeeze the handle, and gently eject rich, creamy ice cream.” The scoops, ice cream, and cones, are all branded with a version of the 1940s-era logo, replacing the 1990s “update” that had been sticking around.

Naturally, I purchased a pint to test out my new contraption.