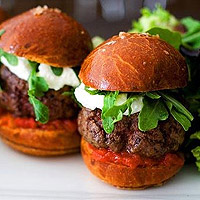 Share
Email
Facebook
Twitter
Pinterest
ReddIt
It goes without saying that acclaimed chef Thomas Keller, the man behind Napa’s The French Laundry, New York’s Per Se, and Beverly Hill’s Bouchon, is quite a busy man. It seems newsworthy, then, that somewhere between managing his restaurants, preparing the US team for the 2013 Bocuse d’Or World Cooking Contest, and amassing a collection of awards (we’re talking a James Beard Award, Michelin Stars, and accolades from numerous restaurant critics, including our own Patric Kuh) he is able to squeeze in a visit to Los Angeles.

Keller will be in town on June 12 and 13 to support KCET Uncorked!, a pair of dinners at Bouchon Bistro, the proceeds of which will help support the newly-independent KCET public television station.  On June 12, Santa Barbara winemaker Jorian Hill’s will pair his with a menu of French culinary specialties crafted by Bouchon Chef de Cuisine Rory Herrmann, while Chef Keller will be in attendance for a personal tour of Bouchon’s kitchens. Tickets for that event will go for $250. For those with deeper pockets, Thomas Keller and his team will prepare an exclusive six-course chef’s tasting menu to be served along with wines from Rusack Vineyards on June 13. The cost: $2,500.  That’s certainly a steep price, even for those who love to support their public television (Go Huell!). But we’d put our money on T.K. being the one chef able to serve a meal worthy of a cool two-and-a-half grand.