Home Uncategorized This Week in Kuh: Voting, Eating, and Tweeting 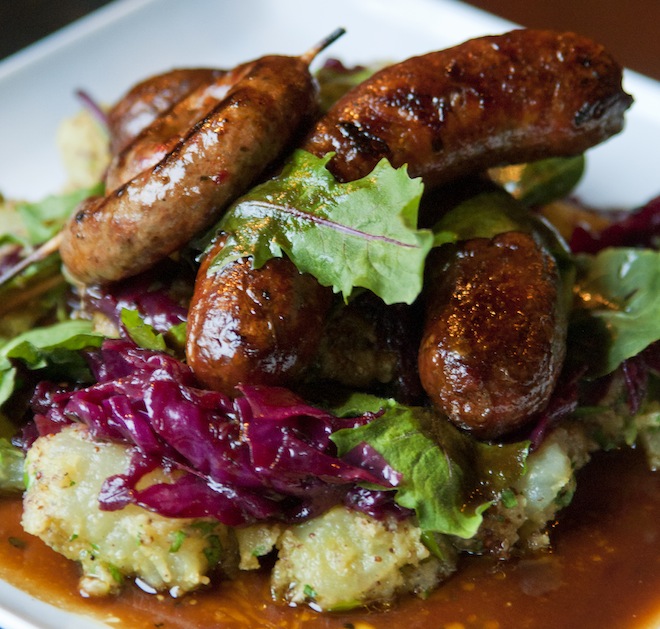 You know what Los Angeles magazine restaurant critic Patric Kuh likes (and doesn’t like) at dinner. But do you know anything else about him? Unless you’re his editor or a family friend, probably not. Each week, we’re going to have a chat with Kuh to get to know the critic behind the critique.

Yesterday, election day in the city of L.A., Patric Kuh and I met for lunch at Mendocino Farms at The Farmers Market near Third and Fairfax. Kuh has a book and a page out of a newspaper tucked under his arm and, when I approach, he’s fiddling with his Blackberry.

And yes, “Sancho” is his real middle name. As his Twitter profile page states, he was born in Madrid, and raised in Dublin. His parents were expatriates in Spain when he was born; his father worked as a “a starving poet.” They loved Don Quixote, and so Patric’s middle name comes from the character Sancho Panza. Coincidentally, panza means “belly” in Spanish.

And now, four other things that are on Patric Kuh’s mind this week:

1. After voting at his local polling station, Kuh wanted to meet at Mendocino Farms because he’d never been to any of the mini-chain’s locations. I asked for his take on it, in a word or two, and he said, “Functional quality.”

2. The book tucked under his arm? It’s one of V. S. Naipaul’s. “I find an author I like and then I go through their entire line, I sort of devour it… I love the way he can splice themes. People talk about seamless writing—this is seamless writing.”

3. What about that newspaper article? It was a page from the Los Angeles Times’ Opinion section from last Sunday, May 19, which outlined all of the propositions on this week’s ballot. “I make up my own mind about the candidates, but I don’t have the time or interest to go through each proposition, so this is sort of my cheat sheet.”

4. “The last great dish I ate was at the new A.O.C.” I ask him to describe it: “On this enormous white platter, there was a huge pile of cabbage and potatoes that had been stewed with mustard and red wine, and then heaped on top were these coiled sausages. Not a small plate at all! For a place known for small plates.”