Home Uncategorized This Week in Kuh: On Grilling 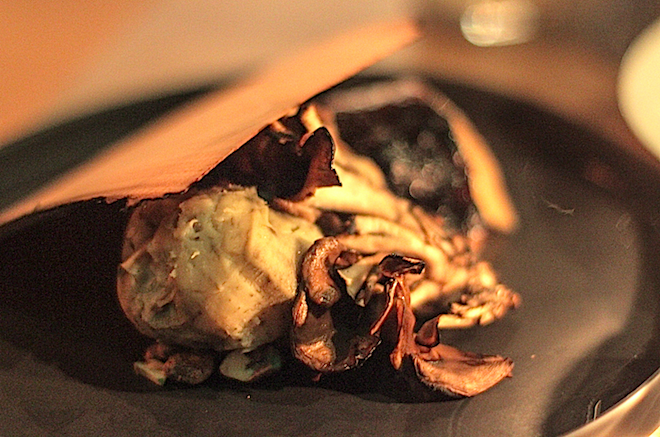 You know what Los Angeles magazine restaurant critic Patric Kuh likes (and doesn’t like) at dinner. But do you know anything else about him? Unless you’re his editor or a family friend, probably not. Each week, we’re going to get to know the critic behind the critique.

“I actually remember the first time I grilled a vegetable. It was one of those everyone-cooks-together parties and I got the job to cook the asparagus. I was about to fill a pot with water to boil them when the hostess pointed at the grill. “Just oil them a bit and watch them,” she said. I paused for long enough to acknowledge this was a moment. Learning to cook in France, there had been no grilling of les asperges.

“I followed instructions, watched them slowly darken as they became scored from the grill in a process that concentrated each spear’s herbal essence. They didn’t even need the lemon juice and salt to make me a believer. Rubicon crossed. This was 10 years ago now, in a friend’s backyard in Altadena.” — as told to Daniela Galarza, just for Grilling Week.

➻ “Things don’t get much simpler than the grilled mushrooms at Hinoki & the
Bird. Slightly redolent of Japanese binchotan charcoal, they’re garnished with
sea salt and a wedge of lime before landing at the table on a matte black plate.
More than good, they say pretty much all you need to know about David Myers’s
new restaurant.” — Urban Roost, June 2013

➻ “But the standout dish [at Bar Amá] is fideo, a type of noodle, which serves
as a base for darkly grilled octopus and segments of smoky kielbasa. Moistened
with shrimp broth that’s been blended with a chile vinegar, the vermicelli rides
a surge of fiery acidity that’s balanced by the pitch-perfect dusting of crushed
pepitas.” — Bar Amá, March 2013

➻ “Grill-scored, butterflied Idaho trout sits on a mound of pureed celery root,
a dish so reminiscent of the uncluttered manly cooking found in a WASP fishing
camp, it would make Ralph Lauren weep.” — Cooks County, May 2012

➻ “One of my favorite things to eat [at Sotto] is the seppia, tender cuttlefish
grilled just enough to make the flesh translucent and then placed over Sicilian
caponata, a vegetable stew dense with eggplants and zucchini whose broth is
amped up by a spoonful of cuttlefish ink on the side of the plate. It’s
stupendous.” — Sotto, July 2011

From the Magazine: The Kuh Review