Home Uncategorized This Week in Kuh: Cherries and Chez Panisse 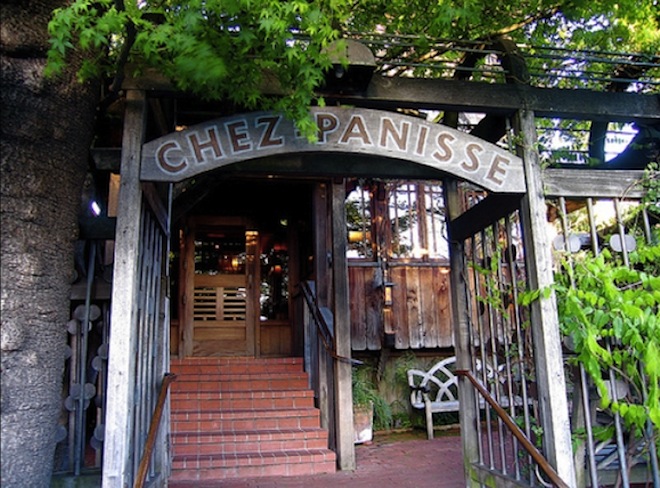 You know what Los Angeles magazine restaurant critic Patric Kuh likes (and doesn’t like) at dinner. But do you know anything else about him? Unless you’re his editor or a family friend, probably not. Each week, we’re going to have a chat with Kuh to get to know the critic behind the critique.

This week, Patric and I meet on the street while illegally parked in Miracle Mile. And that’s something you should maybe know about Kuh, is that he’s not afraid of bending the law.

“When I lived in Paris from 1983 to 1986, I was so broke I could only afford to buy an espresso a day, and I would drink it while standing up, lingering at the counter where people would shoot their coffee back and dash off to the metro, because it was less expensive than sipping it at a table.” Patric was working as a commis in Guy Savoy’s three star kitchen at the time, and spent many afternoons (the time cooks have off between lunch and dinner service) wandering around the ritzy arrondissement. “I had this feeling at the time, this realization that even though I’d watched my mother be a cook, that chefs and cooks have a totally different schedule. You can’t socialize with other people, because you’re working when everyone else is going out. You don’t have much time to yourself. It’s a difficult life.”

And now, four other things that are on Patric Kuh’s mind this week:

1. Cherries. “Last summer I was in Michigan and there were no cherries. There was something that happened to the crop that year, and it was like if someone visited L.A. and there were no avocados. Cherries are such a strong part of that place’s identity.”

2. Cherry pits. “The best ice cream I’ve ever had was at Chez Panisse 15 years ago. It was a cherry pit ice cream… it was so pure, so much better than if someone had just tossed fresh, chopped cherries into a plain ice cream base.”

3. His wife’s orzo. “My wife doesn’t cook too many things because, well, because I’ve probably said one too many times, ‘you know, you shouldn’t be putting cold butter in a pan’ or ‘that’s not how you should do this or that’s not how you should do that,’ so, she basically said, ‘well, then you do it.'” He chuckles, sheepishly. “So I do a lot of the cooking. But her orzo, with Trader Joe’s blanched, slivered almonds, and zucchini is just great. I’m her prep cook; she has me chop the onions and parsley, and then she puts it together and it’s great.”

4. American terroir. “I have a problem with the overuse of the term, but the last great book I finished was American Terroir: Savoring the Flavors of Our Woods, Waters, and Fields by Rowan Jacobsen.”