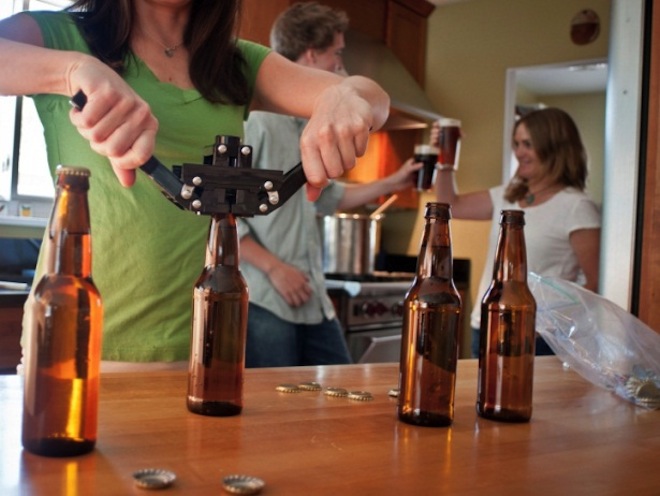 This Saturday, the American Homebrewers Association is hosting its 15th annual Learn to Homebrew Day, to encourage those who’ve been curious about how to make their own beer but haven’t made the leap to do it yet. It’s surprising how easy it can be to make your own beer, but it’s even easier when you have the support and resources of a local homebrewing club to answer any questions that will undoubtedly arise as you go further and further down the fermentation rabbit hole. Luckily, L.A. has several active homebrew groups, including the oldest club in America, the Maltose Falcons, celebrating its 40th anniversary next year.

Here are a few events that are happening locally so you can get in on the action for Learn to Homebrew Day:

➙ All-Grain Brewing — 11/2
This class will guide you through brewing an “all-grain”  batch of beer, which is a slightly more advanced method, but they will also cover how to brew with malt extract, which is an easier and less time-consuming process. Participants will also take home three 22 oz. bottles of a previous shop brew to enjoy. The cost is $10 per student. RSVP to [email protected] Saturday, November 2, 10 a.m. The Draft Beer and Home Brew Shop, 18228 Parthenia St., Northridge.

➙ Maltose Falcons Host Brew 101 — 11/12
Though not taking place on Learn to Homebrew Day, the Maltose Falcons will host their next Brew 101 class shortly thereafter: “Topics will include beer history, basic science, and extract brewing techniques, tips, and tricks.” Samples of homebrew from members and guests will be available to try. The cost is $15 dollars. RSVP to (818) 884-8586. Tue., November 12, 6:45 p.m. The Home Beer, Wine, and Cheese Store, 22836 Ventura Blvd., Woodland Hills

Care to try some new local beers? Here are three that are just now coming to market:

➽ Eagle Rock Stimulus | Though not technically brand new, we’re still excited for the return of Stimulus, Eagle Rock Brewery’s Belgian Amber ale made with Intelligentsia coffee. Look for it at the Eagle Rock tap room and at select accounts around town.