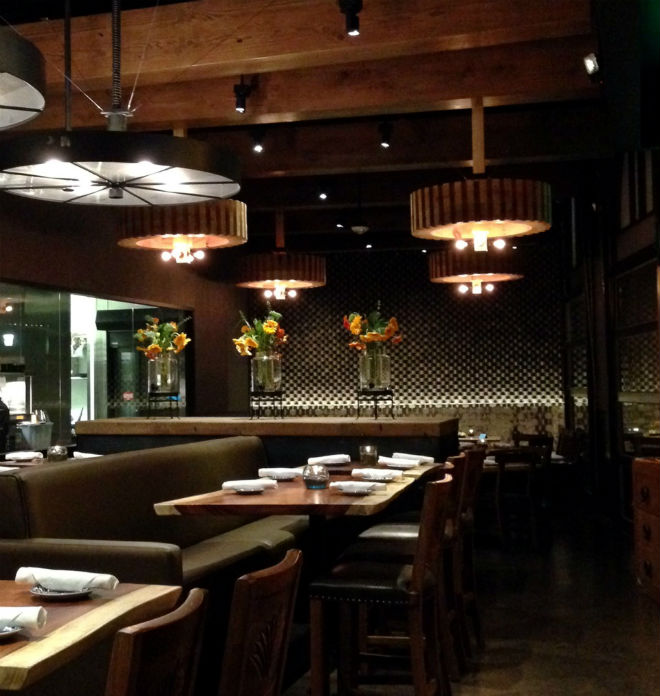 Schneider started her career cooking on private yachts before coming ashore to sunny San Diego, where she made a name for herself as a chef. Like many chefs in San Diego, Schneider developed a close relationship with Baja California.

I first heard about Schneider when I tried to order a copy of her first cookbook, ¡Baja! Cooking on the Edge (2006). She was one of the first people to identify a Valle de Guadalupe-style cuisine that was being developed by pioneering chef of Laja, Jair Tellez some years ago.

I then met Schneider on a seven-state tour though Mexico a few years back led by Mexico’s First Lady of Mexican Cuisine, chef Patricia Quintana. Schneider makes regular trips to Mexico to hunt down recipes, many of which are on the menu at the new Solita.

Hot off the oak-fired Santa Maria grill—very popular on the Baja peninsula—Schneider will be plating taqueria-sized trios of ancho-chile chicken, fish in citrus adobo, and beef in a house spice rub to go with excellent, creative margaritas.  “Solita is a concept that is rooted in two of the things we love most about Mexico: tacos and margaritas,” said Rich Howland, Operating Partner of Solita Tacos & Margaritas.

Schneider brings quality ingredients, simple flavors, and the spirit of her several decades spent in Mexico to a more casual setting. Along with lots of outdoor seating, Solita’s tacos and margaritas are the perfect antidote to our endless summer.