Home Uncategorized This is What You Should Be Drinking This Season 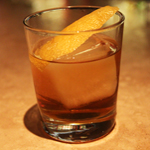 Finally! Those short, 60-degree wintry days are giving way to longer, warmer ones and you know what that means, L.A.: Good-bye, heavy, rich cocktails and hello, bright, refreshing libations! Even though we basically have spring year-round, bartenders are celebrating the changing of seasons (and produce) with brand-new spring cocktail menus.

But instead of highlighting my personal favorites off the many new menus which have debuted in recent weeks (from the likes of Culver City’s Corner Door to Echo Park’s Allumette), I forced the drink makers themselves to pick their absolute favorite out of their own spring creations. The catch was that they could only pick one. For some the task was easy—drinks named after their favorite songs or special someone—while for others it was like Sophie’s Choice.

Before you assume that Cana Rum Bar’s head bartender Danielle Crouch picked the cocktail “Special Privileges” as her favorite because it was created by her brother Nick, I’ll have you know that I can vouch for its tastiness. And as she explains, this Tiki-style cocktail made with Angel’s Envy Bourbon, Smith & Cross Overproof Rum, pineapple-infused Campari, lime, vanilla syrup and passionfruit syrup, “packs a big punch, lots of layers of interest and goes down quickly enough to want another as soon as you take the first sip.” Lovely indeed.

Comme Ca’s new menu was created as a collaboration between the bartenders, and barman Jeff Knudsen says his “The Golden Delicious” is the perfect spring cocktail. Though we usually think of apples as a fall fruit, “the fruity and light flavor combinations from the honey, fresh lemon and Applejack brandy really make it scream spring.”

Bartender Beau du Bois of Culver City’s Corner Door gets downright poetic about his “Private Island” cocktail. “The combination of a Demerara Rum with a Jamaican Rum creates this beautiful dyadic relationship that provides depth and elegance for me. On top of that, my mistress lately has been dry vermouth, which opens up the flavors of the two rums, giving it more distance and finish.” He goes on, “We add just a touch of our in-house lime cordial and a few dashes of Peychaud’s bitters to round off the edges of the spirits. For me, the drink tastes like a customized paradise I’ve wandered into and have no intentions of leaving anytime soon.”

Drago Centro’s new mixologist Kyle Ackley debuted his new list last week and is in love with “Nicolina”—made with Casa Noble reposado, plum jam, lemon, rosemary, and Cabernet Sauvignon—for many reasons. “It is so versatile and interactive. It also has a unique combination of flavors that surprisingly works well. It is a cocktail that you can have two or more, regardless of your palette.” Coincidentally, the cocktail is named after his Italian girlfriend. Ah, che dolce!

Spare Room’s Naomi Schimek loves her new cocktail, “Love Ain’t for Keeping” with Plymouth Gin and Sloe Gin, Lillet Blanc and peach bitters “because I was looking for a more elegant way to present Sloe Gin, and the results made me very happy. The name is from a Who song I like; the lyrics remind me of spring.”

The aptly named “Swept Away” is the concoction of choice for Sotto’s Nick Meyer. “It’s a blend of Martin Miller’s Westbourne Strength Gin lengthened with Salers Gentiane, with Benedictine and Nardini Bassano Amaro.” Meyer says it’s “…balanced with our house mix of three types of orange bitters… It has a silky texture, and a complete roundness… It’s super balanced, refreshing, and is light in body.” Clearly, this is what you want in a spring cocktail.

For your day drinking convenience, The Pikey’s entire specialty cocktail menu is also available during their weekend brunch service. And off the new list co-owner Jared Meisler favors the new uber spicy “Curry Mary.” “Our executive sous chef Drew Coleman created it. It’s complex and unique while being very easy to drink. It’s a great riff on a Bloody Mary, which pairs well with food and by itself, drinks like a meal.”

It was difficult to get Allumette’s bartender Serena Herrick to pick just one cocktail off her new drink list. But finally, at least at the time this post was published, she definitively declared the “Systeme Solaire” her end-all-be-all favorite. “It’s essentially just Dolin Blanc and Oloroso sherry with bergamot bitters. It’s the least ordered one on the menu because I think sherry is ‘antiquated’ or intimidating to people but it’s actually the perfect complement to the food and a great way to open your palate before dinner and wine. Very balanced, light, easy to drink. Complex on the end but still really easy.” Easy. Easy is good.