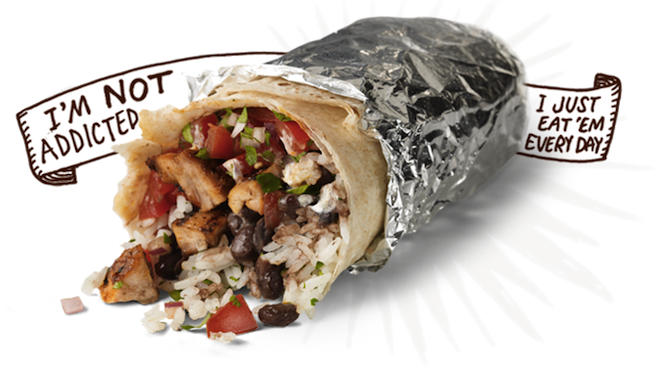 Can you believe Chipotle is 20 years old? It’s true. The chain, which was founded by Steve Ells in 1993 was partly owned by McDonald’s from 1998 until 2006. At that point, Chipotle had grown to over 500 locations. Today, there are nearly 1,000 Chipotle locations in the world, and there’s really no stopping this cheap, quasi-Mexican concept from expanding even further.

To celebrate its 20th anniversary, Chipotle today announced a three-week-long treasure hunt, “requiring deep knowledge of Chipotle lore, trivia, and history.” No purchase is necessary to participate in the “Adventurrito,” most of which takes place online. Loyal customers who participate and complete all requirements will win free burritos for the next 20 years.

Allow us to refer you to Chipotle’s wikipedia page, in the event that you want to brush up on your Chipotle knowledge.

These Indian Burritos Are Crazy Good—If You Can Find Them