Home Drinking Cocktails A Look Back at 10 Years of the Varnish, the Bar That... 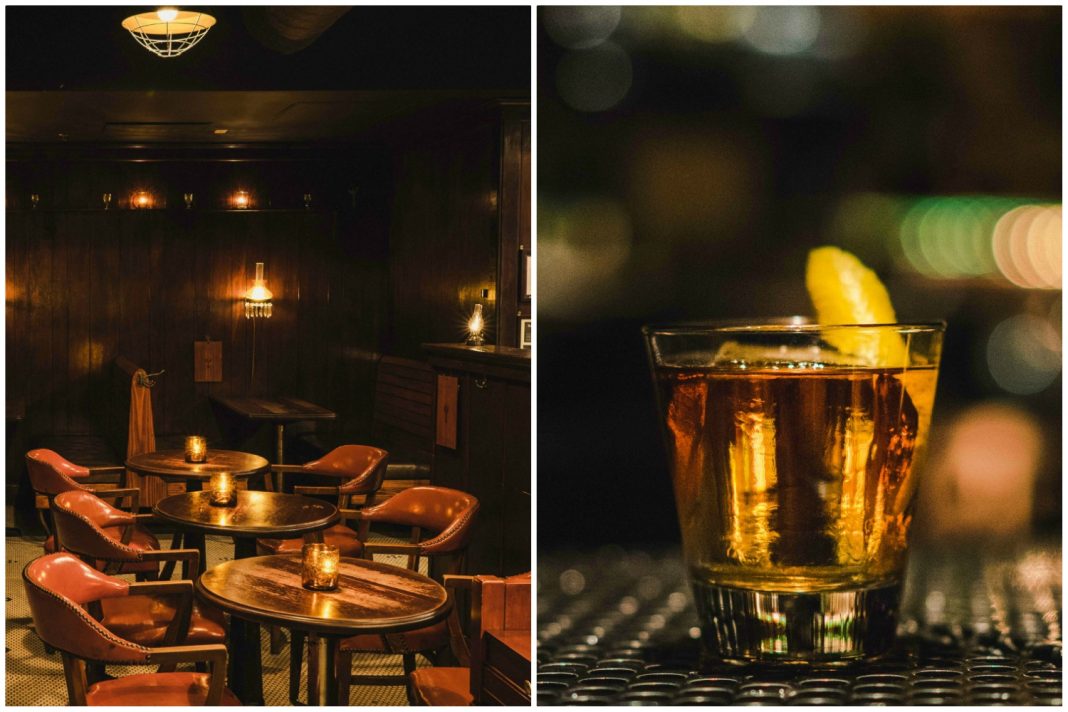 Ten years ago Los Angeles was just starting to come into its own as a cocktail town. We had a growing stable of up-and-coming bartenders and a smattering of restaurants with serious cocktail programs, including Providence and Comme Ça. But despite that, those outside our city believed we fueled our nights with Appletinis. Meanwhile, New York City was regarded as the originator of the craft cocktail movement, laying down the foundation with bars such as PDT, Pegu Club, and Milk & Honey.

Sure, we were making things happen on our own with bars like Seven Grand, the Edison, and Copa d’Oro. But it wasn’t until bar legend Sasha Petraske of New York’s Milk & Honey, 213 Hospitality’s beverage director Eric Alperin, and proprietor Cedd Moses opened up a little Prohibition-era bar in the back of Cole’s that our cocktail scene was launched onto the world’s stage.

The Varnish opened in 2009 and went on to rack up accolades, including Spirited Awards’ Best American Bar and a spot on the World’s 50 Best Bars list. Even with its short list no-nonsense classic-style cocktails, the bar has managed to remain on every L.A. drinker’s radar, all through the farm-to-glass fad, the molecular mixology movement, and even the current Instagram-glitz frenzy. The Varnish has shown us that talented bartenders, quality booze, and well-balanced cocktails never go out of style.

In celebration of the Varnish’s tenth anniversary, the people who helped make the bar what it is today reflect on its impact on the city and on their lives.

Eric Alperin, the Varnish co-founder and 213 Hospitality cocktail/beverage director: “At The Varnish, we have always been servants to our own systems and details. We have tweaked and trimmed parts of our service plan to work in concert with our space. But from the start, our values haven’t changed. We believe in a commitment to our guests, friends, families, and community at large. Even as a classic cocktail bar, we strive to be a local. Sasha, Cedd, and I wanted The Varnish to be that port in the storm. We wanted to comfort and mend. Celebrate and serve. We wanted to make a place where people felt at home. And home only exists when you have community, so without the support of Los Angeles and our incredible employees we wouldn’t be here after 10 memorable years. The plan is to be here for decades.”

Devon Tarby, Proprietors LLC partner (at the Varnish 2009-2013): “The Varnish raised me, in a way. I was really lost after I graduated from college, and being a part of that place gave me the sense of purpose I was desperately seeking. The idea of focusing on the ‘process’ of doing something just as much as, if not more than, focusing on the ‘result’ of doing something impacted the fiber of my being, both personally and professionally.”

Max Seaman, the Streamliner Bar general manager (at the Varnish 2011-2018): “I knew Eric from his consulting work, and I lived kitty-corner from the Varnish when it opened. At the time I had some experience with craft cocktails, but the Varnish was the first proper American bar I ever went to. I became a regular, and two years later I asked Eric if I could stage. He said, ‘We don’t stage, we hire.’ I expected to spend a year there, learn cocktails, and go back to restaurants. I had never worked at any job for more than two years, and it had never occurred to me that I would ever want to.”

Daniel Eun, Westside Hospitality managing partner/beverage director (at the Varnish 2009-2015): “The Varnish really made me believe that a bar could have no real gimmicks and be successful …. The drinks don’t have anything really worth writing about except that they’re executed really well. The decor is pretty simple. The spirits selection isn’t the world’s largest ___ collection, or filled with allocated products. But all the small details are fussed over and they come together to offer a little haven—and I think that’s incredibly cool and definitely not easy to accomplish.”

Chris Ojeda, Southern Glazers bar consultant (at the Varnish 2009-2010): “Our first training at the Varnish I thought going in we were going to be speaking about classic cocktail recipes and creating cocktails. We did none of the above. Instead Sasha spoke about being a host and how to handle guest, how to finesse the rules of the bar and why they exist, and how to create a better social environment. This was one of those times where you wanted to write down everything he was saying but all you could do was listen and soak it in and hope I remember how to do everything he outlined in detail for us.”

Eugene Shaw, Scopa Italian Roots bartender (at the Varnish 2009-2012): “I think of Alperin as a big brother. I love that dude. It takes a special person to have the patience to mentor an entirely new crop of young L.A. bartenders with big aspirations. Staff meetings were always an open forum. Suggestions were always welcome. When the late, great Sasha Petraske had a correction on technique, it was always in the form of a loose suggestion open for debate. In the nearly four years I spent there, we led the charge in setting the bar for quality of drink. Yet I can’t remember a single instance where any staff, manager or owner ever talked down about another bar. That’s character. That’s why the Varnish will always be special.”

Matty Eggleston, Ventana Big Sur beverage manager (at the Varnish 2009): “I was proud to be a part of that opening team, and the Varnish still informs my work to this day. Yes, it was the place that geeks on both sides of the bar could gather and chase that elusive feeling of high revelry we had all only read about. But for me it was also how to make the machine better. Here we’ve been handed the work of a legend and his disciples. How do we manufacture these cocktails ever more precisely and ‘effortlessly’ to both provoke and satisfy that thirst in the bar room?”

Cari Hah, Big Bar bar manager (at the Varnish 2009-2011): “The Varnish is where I truly fell in love with cocktails and the methodology/ritual of preparing cocktails. It was the greatest education in classic cocktails executed perfectly. And it was the first downtown bar family I ever had.”

Alex Day, Proprietors LLC partner (at the Varnish 2010): “The Varnish was my first home in L.A. I had moved out from New York to open a bar, but the plan fell apart and I was rudderless. With some time at Milk & Honey under my belt, I knew Eric Alperin and so I called him up and he mercifully gave me some shifts, a stint of about a year when I got to learn all about my new city through the lens of bartending. I learned about L.A.’s community, its creativity, and the amazing energy of a cocktail scene creating its own voice—the Varnish was seminal in shaping so much of that identity.”

RELATED: The Best Bar in L.A. for Every Relationship Status