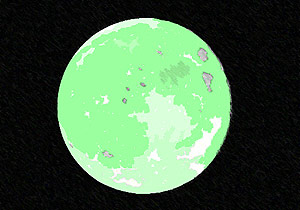 Absinthe is having a moment. Honestly, I couldn’t be happier—see our new August, 2008 listing for Best Absinthe Bar. Still, I’m just not sure how you’re supposed to take more than three sips of the stuff without ceasing to exist the next day. “Hangover” is far too mild a word to describe the way I felt for the 24 hours following the Full Moon Absinthe Party I attended with a friend at Cedd Moses’ new-ish private club, the Doheny. As the anise-flavored spirit wended its way through my veins, then installed itself permanently in my sinus cavities, I realized that getting hit by a truck might have actually been better easier this. Okay, I kid. But it was still pretty bad.

Before that all went down, however, the evening was lovely. I was there for the Full Moon Absinthe Party, and while getting to the club required elaborate directions, once inside, the event was in full swing, with music blaring. The space itself consists of a small warren of rooms, one of which is outfitted with an inviting fireplace. Perhaps it was all the hype I’d been hearing about the Doheny that made me expect more, but I thought the physical surrounds, while well-designed, were slightly underwhelming. Here’s my theory: Moses has a knack for creating places that people talk about; by the time you’re in the door, he’s already worked his magic.

I bumped into Pamela Moses, Cedd Moses’ wife, who told me she liked this month’s article about her husband. I overheard someone asking if she was working with Cedd that night, to which she responded, “He always says, ‘you don’t mix your money with your honey.’” I just might appropriate that line.

I did balk over a slight misunderstanding, however. I had been told that guests were entitled to two complimentary drinks, but I obviously mis-heard. It was only after I ordered two drinks called Nettles—elaborate libations mixed with honey and, of course, Le Tourment Vert Absinthe—that I realized I’d been charged a cool $40. I knew the Doheny was expensive, but $40 for two drinks makes me more than a bit queasy (a feeling that had nothing to do with the ingredients). A fun night, to be sure, but next time I’ll pack more money, and some Advil.