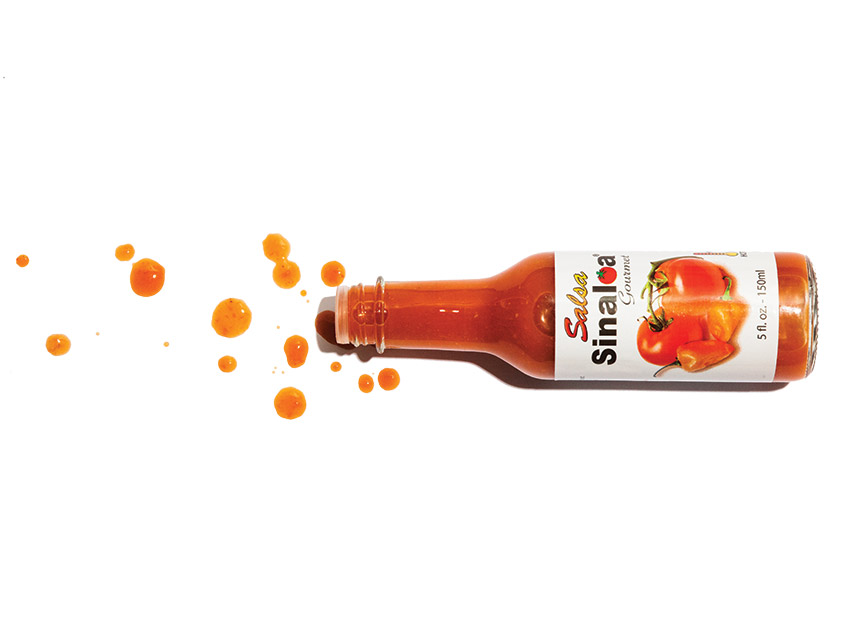 Before he became known throughout East L.A. as the face of Salsa Sinaloa, Hualterio Merino worked as a chef at the Van Nuys Courthouse cafeteria. Whenever he put out his homemade habanero hot sauce, the court clerks and police officers lapped it up. “They finally convinced me I needed to sell the stuff,” says Merino. So he bottled a few cases in his garage and hit the streets, going from taco truck to mariscos stand in his white van. “At first people said, ‘No, we have too many salsas,’ but once they tried it, they changed their minds.” As customers began to ask for Sinaloa by name, the orders rolled in. Today Merino distributes his all-natural hot sauce to restaurants and tiendas as far away as Hawaii. (Right now his product is available only wholesale.) But Merino has more than peppers to thank for his grassroots success. Online, Salsa Sinaloa has followers who share pictures of the orange splash dousing everything from tamales to Top Ramen. “I thank God, of course,” says Merino, “but Instagram, too.”