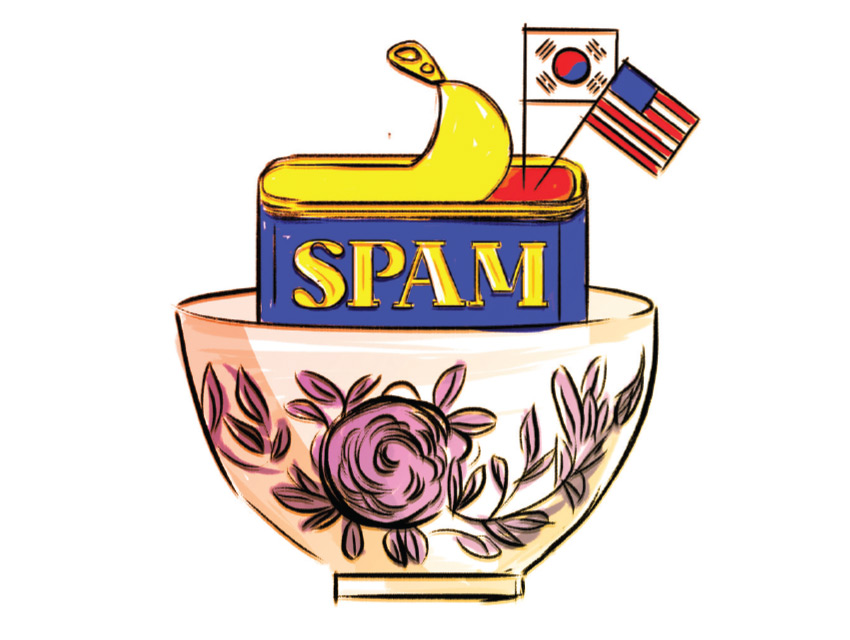 Some classic Korean dishes may seem mysterious, but with every curious flavor comes a colorful explanation. Buchingae: All flat cakes and batter-fried foods are called jeon; buchingae is a specific kind of savory pancake that’s served at celebratory feasts. The flat cakes at Da Jeong are made with such care, a casual meal here feels like a special occasion. » 3909½ W. Olympic Blvd. Budae Jjigae: Known as “army base” stew, the dish was invented during the Korean War, when cans of Spam and Vienna sausage were distributed by the U.S. military. Rice cakes, kimchi, ramen, and vegetables were added to the pot to make it heartier. In L.A., Chunju Han-il Kwan offers the tastiest take on the staple. » 3450 W. 6th St., Ste. 106. Soon Dubu: Soon dubu means “pure tofu,” which is the essence of what’s inside the stone pot it’s often cooked in. Crack a raw egg into the broth as soon as the dish arrives so that the yolk firms up quickly. Try this comforting soup at Beverly Soon Tofu. » 2717 W. Olympic Blvd., Ste. 108. Ddeokbokgi: Once enjoyed by royalty, the chewy rice cake lost favor with the spice-averse elite when tongue-tormenting chili paste was added to the recipe. It became a go-to dish for the masses. Check out the version at DGM, or DwitGolMak, which means “back alley.” » 3275 Wilshire Blvd. Bibimbap: Mixed rice was prepared just before the lunar new year. It was also eaten after jesa, a memorial rite for the dead, so any remaining ceremonial food wouldn’t go to waste. The restaurant Jeon Ju is named after a city famous for bibimbap. » 2716 W. Olympic Blvd., Ste. 101. Bossam: The boiled pork favorite is savored during gimjang, the autumn harvest season, when vats of kimchi are prepared in anticipation of winter. Korea-town’s Gonjiam—also known for its budae jjigae—serves a mean pig’s feet bossam. » 4653 Beverly Blvd.