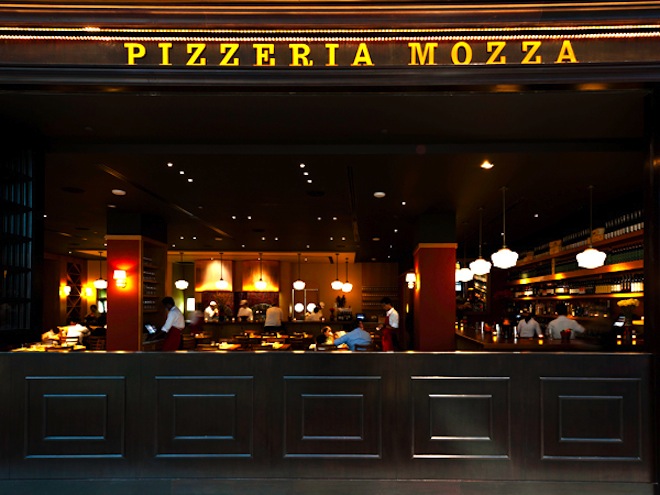 Joachim Splichal expected some cultural adjustments when he opened a Patina in Tokyo late last year. In the end the biggest tweak involved not so much what was in the dishes but the size of the portions. “We were plating seven ounces of meat, as we do in L.A., and diners were complaining that there was too much food,” says the chef, whose culinary empire includes the fine-dining space at downtown’s Disney Hall. “We now serve three-and-a-half-ounce portions. The expectation is for less food on a plate.”

Splichal is the latest in a small but steady migration of top L.A. restaurateurs into Asia. In 2010, David Myers (Hinoki & the Bird, Comme Ça) led the way when he opened David Myers Café and SOLA, a California patisserie, inside Tokyo’s premier department store, Ginza Mitsukoshi. Already aware of the city’s less-is-more attitude, Myers downsized his signature cheeseburger from the version served at Comme Ça in West Hollywood.

When Nancy Silverton and her partners, Mario Batali and Joe Bastianich, decided to bring the Mozza brand to Singapore that same year, one challenge was finding an enthusiastic staff. “Working as a server or cook wasn’t a job locals wanted,” says Owen Edson, the Mozza manager involved in the launch. Fortunately chefs such as Wolfgang Puck and Daniel Boulud had established high-end Singapore outposts that were changing the perception of restaurant work, he says.

Edson also knew that, unlike in Japan, the restaurant would need to import most of its foodstuffs. While European producers beckoned, “the irony is that we’re using some of the same purveyors that we use in Los Angeles,” says Edson. “Our burrata, for instance, is flown in every week from California. The upside is that we’re serving some of the most pristine produce the world market has to offer.”

Meet the Guy Bringing Japanese Dance Music and Hip-Hop to an L.A. Audience