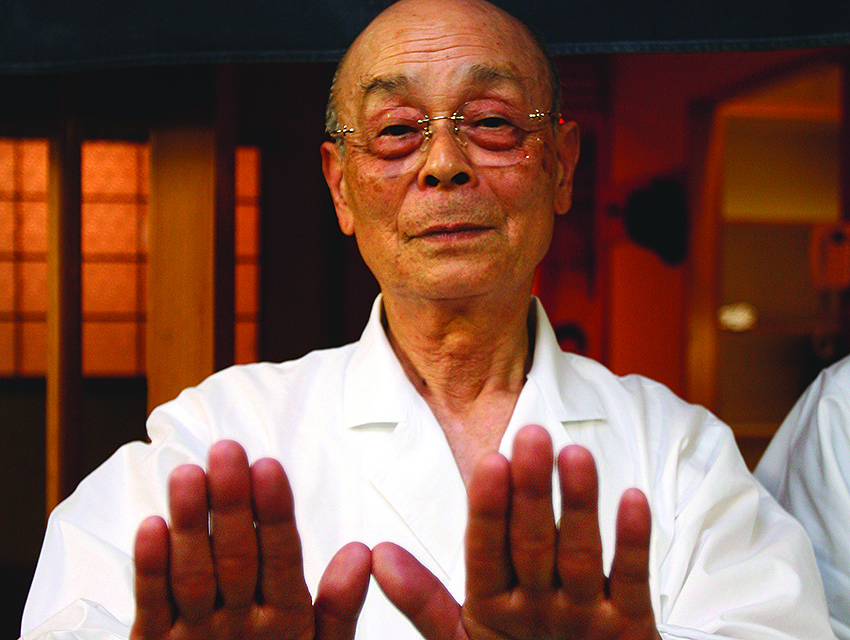 Released in 2011, the documentary Jiro Dreams of Sushi focuses on Jiro Ono, the 85-year-old proprietor of Tokyo’s Sukiyabashi Jiro, widely considered the finest sushi bar in the world. The film, directed by L.A.’s David Gelb, treats Ono’s life’s work—the slow perfection of a single skill set—as art. It’s also 81 minutes of uncensored sushi porn. The indie hit has had an unintended effect, sending a generation of Americans weaned on spicy tuna in search of the “authentic” sushi they once deemed boring. In short, saucy rolls are out; simple nigiri is in. “I wanted to show American audiences the Japanese perspective of sushi,” says Gelb. “I never imagined this many people would have seen it. I’m so glad. Our traditional places need to be cherished.” At Kiriko, Ken Namba keeps DVDs of the film by the bar. “I lend them out to new customers,” he says. “It’s good for business.”