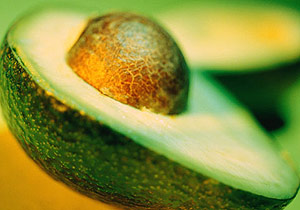 Madge, I don’t think your prayers were heard.

How ironic that my single most favorite food, the avocado, sealed my fate. Friday evening, just as I had been doing for five days straight, I carefully followed a recipe from Gwyneth Paltrow’s New Year’s Detox Diet. My “dinner” that night was a cucumber and avocado soup that I blended together, as instructed by G.P., with the juice of a lime until it was “totally creamy and smooth.” This resulted in a bowl of, well, guacamole, only without tomatoes, peppers, cilantro, onions, or anything resembling anything that would give it flavor. I was so hungry I could have cried into my soup, especially when my husband walked in and asked, “You want some tortilla chips with that?” I tried, hard, to finish the tasteless guac—how had my beloved avocadoes turned into bit players on Fear Factor?—but only got halfway through before retreating to bed with a belly ache and a headache and a heavy heart.

Saturday morning I announced, “That’s it! I’m out!” I marched into the kitchen and flipped a beautiful egg over easy and toasted a piece of sprouted whole grain Ezekiel bread (which I had no doubt Gwyneth would usually approve) which I slathered with apple jam from Ha’s farm. I took my plate to the table, sat down, and felt ashamed. I looked at my son, who said, “What’s that? I want eggs!” I handed it all over, pulled myself up by my bootstraps, and poured a glass of room temperature lemon water that, with tea, would suffice until 10 a.m. I was determined to make it through the day—if Gwyneth could do it, so could I—and weathered the requisite blueberry and almond smoothie, steamed salmon, and Detox Teriyaki chicken that constituted my nourishment.

I even made it through baking sugar cookies to take to a party Saturday night. My friend the Macho Show Queen was throwing an “End of Bush” party, which was subtitled (perhaps only parties in Los Angeles have subtitles): “The End of an Error.” I was on board to contribute “I Can See Russia from My House Moose Cookies.” Turns out I’m no genius with a cookie cutter, and the treats looked more like roadkill, which made them easy to resist. But the party menu was far more tempting. A Post-It announced each dish, and guests kvelled about the “Won Tons of Mass Destruction” bursting with mushrooms; the tangy and crisp “Cheney Cheddars”; the spicy “Patriot Act Polenta with Red Pepper Sauce”; and the sweet “Condoleezza Rice Krispie Treats.” I thought, I can get through this, too, but really, Why? How humiliating would it be to turn something down on the eve of such an historic occasion with, “Thanks, but no, I’m on Gwyneth Paltrow’s Detox right now and she wouldn’t approve.” (The historic occasion not being the end of my detox but the inauguration, by the way.)

I probably could have sucked it up but then there it was, surrounded by a crowd of smiling partygoers: a big, gorgeous bowl of “Guantanamole” that was exploding with ripe avocadoes and every other key ingredient. What can I say? I went for a dip, and then of course tried everything else. The thought of one more of those Gwyneth smoothies made me nauseous. I got a glass of wine and fell right off the wagon.

I thought about the Gwyneth detox and What I’d Learned on Sunday when, instead of  digging into my prescribed miso soup with vegetable lunch I was chomping into my second Taco Bell Crunchy Supreme. Eating local, seasonal, and organic? Good things, no argument. Cooking at home, a lot? Funny that I should now be more inspired to do so by someone who probably doesn’t have to cook for herself all that much. While I don’t own a scale, I can tell by my belt notch that I’ve dropped at least a few pounds, so I’ll be working on regaining those immediately. Did I have more energy? Other than not passing out at night, which I attribute more to lack of alcohol than anything else, no. Do I look healthier? Quite possibly.

Is this an aspect of the Gwyneth Paltrow-approved Goop lifestyle I’d be eager to re-explore as readily as I might private jets, full-time nannies, and spiritual consultants? Perhaps not, but this is as close as I’ll likely get, so thanks for the memories, G.P. My colon will never forget you.