Home Uncategorized The B Side, or Why You Might Actually Go to the Rolling... 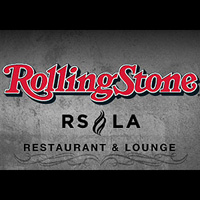 If you’re like me, you’ve been a little ho-hum about the new Rolling Stone restaurant, which opened at Hollywood & Highland on February 28. I mean, I get it—tourists love this stuff, and when I lived abroad for a year in high-school I found much comfort in the occasional plate of Hard Rock Café Captain Crunch chicken strips. (To its credit, Rolling Stone is trying to be the anti Hard Rock, and the menu does seem far beyond breakfast-cereal breading.) But even as a food writer and former rock journalist (and someone who keeps several large storage tubs full of old Spin and Rolling Stone magazines), the idea of pairing pretzel knots and tuna tartare with vintage rock paraphernalia in the cold, black, heart of Hollywood just doesn’t get me going.

What does? A 45-seat, upscale cocktail bar with a separate, quasi-hidden entrance off Highland. The B Side (get it?) makes its grand debut within the Rolling Stone restaurant on Wednesday, March 9 and is the most exciting news to date about the rock and roll- themed destination. Heading the bar will be the lovely Tricia Alley (First & Hope, Providence) who was mentored by two of our favorite L.A. cocktail big-wigs: Zahra Bates and Marcos Tello. Rumor has it The B Side will also host a weekly guest bartender night on Wednesdays, at which we hope to see some other drink-scene heavyweights stirring and shaking.

Will I now skip my requisite Musso & Frank martini when I’m in the area? Probably not, but I just might grab a second one here.