Home Uncategorized The 18 Most Anticipated Restaurants of 2014 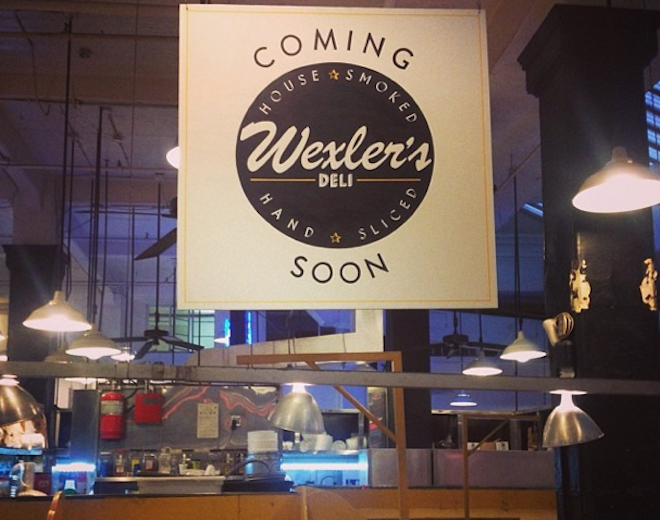 2014 is already off to a raring start with the recent announcement of Petit Trois. Here are 18 other restaurants we’re looking forward to trying when they open later this year.

✦ smoke.oil.salt: In the space that was for many memorable years Angeli Caffe comes a new Spanish concept from Adam Fleischman and Perfecto Rocher. Targeted opening date: Early 2014

✦ Helm’s Bakery: The feeling was bittersweet when pastry chef Sherry Yard left Wolfgang Puck. Since last year, she’s been working with Sang Yoon (Father’s Office, Lukshon) on an ambitious new bakery at Helm’s. Needless to say, our mouths have been watering at the thought of this for the last 11 months. Targeted opening date: Mid-2014.

✦ Night + Market Song: Chef Kris Yenbamroong kept the location of his next project, a sort of sequel to his insanely popular Night+Market, on the down low for months. When he finally revealed the Silver Lake address, he told Eater L.A. about the concept: “If you picture halfway between an open air market and a Chinese takeout restaurant, it’s somewhere in there. For instance, beer signs, you see a lot of that in Thailand. I like beer signs. I like plastic plates from Action Sales. It’s going to be very functional.” Targeted opening date: February 2014.

✦ The Front Yard: Chef Warren Schwartz (Westside Tavern) seemingly could have picked almost any location to relaunch his culinary career. He picked an aging Holiday Inn in North Hollywood, where he’s currently cooking at the makeshift Warren’s Blackboard. It’s worth the drive, and the dismal decor. After renovations, it will be called The Front Yard. Targeted opening date: Mid-2014.

✦ POT: Hot off a national book tour, L.A.’s son Roy Choi is back to tackle his next new restaurant. Set to open inside the swanky new Line Hotel in Koreatown, the aptly named restaurant refers not to Choi’s penchant for marijuana, but for his desire to serve hot pot and “Korean food through the eyes of an American with Korean blood.” Targeted opening date: Early 2014.

✦ Adam Perry Lang’s Serious Barbecue: One of our favorite bites of the year, Adam Perry Lang’s meticulously smoked and seasoned ‘cue had us thinking of moving to Texas. Though a location has not yet been confirmed, rumor has it that Lang will move into a space in Marina del Rey this year. Targeted opening date: TBD.

✦ Roadhouse L.A.: Last year, The Improv on Melrose went under the knife. Part of the transformation is complete, but the part that will house Roadhouse, a modern barbecue restaurant and bar, is awaiting final approvals. Targeted opening date: If all goes well, January 2014.

✦ Old Lightning: We’ve been tracking this bar for nearly a year. Pablo Moix and Steve Livigni’s newest project promises to blow our socks off with drinks made from heirloom and actually antique spirits that they’ve been collecting for years. Located within Scopa Italian Roots on Washington in Marina del Rey. Targeted opening date: Early 2014.

✦ LA Chapter: The Ace Hotel is set to open its doors to visitors as of January 15. Could its signature restaurant, to be cheffed by Micah Fields, open soon after? Targeted opening date: January or February 2014.

✦ Superba Food & Bread: Partners in pizza and pasta crime Jason Neroni and Paul Hibler (Pitfire Pizza, Superba Snack Bar) have been teasing Angelenos with this project for over a year. But word on the street is that 2014 is the year Venice will get the team’s new bakery and marketplace. Targeted opening date: Mid-2014.

✦ Redbird: Chef Neal Fraser (BLD) has teamed up with restaurateur Bill Chait to outfit part of downtown’s Vibiana cathedral-like space into a restaurant. This was supposed to be Grace, reborn. Targeted opening date: TBD.

✦ 7th Street Kitchen from Josh Loeb, Zoe Nathan, and Bryant Ng: Though the name has not yet been released, and construction has yet to begin, this new restaurant is coming at us from a dream team of culinary professionals. We can’t wait to taste what they come up with. Targeted opening date: TBD.