Home Drinking Tesla Launches a Tequila for Some Reason 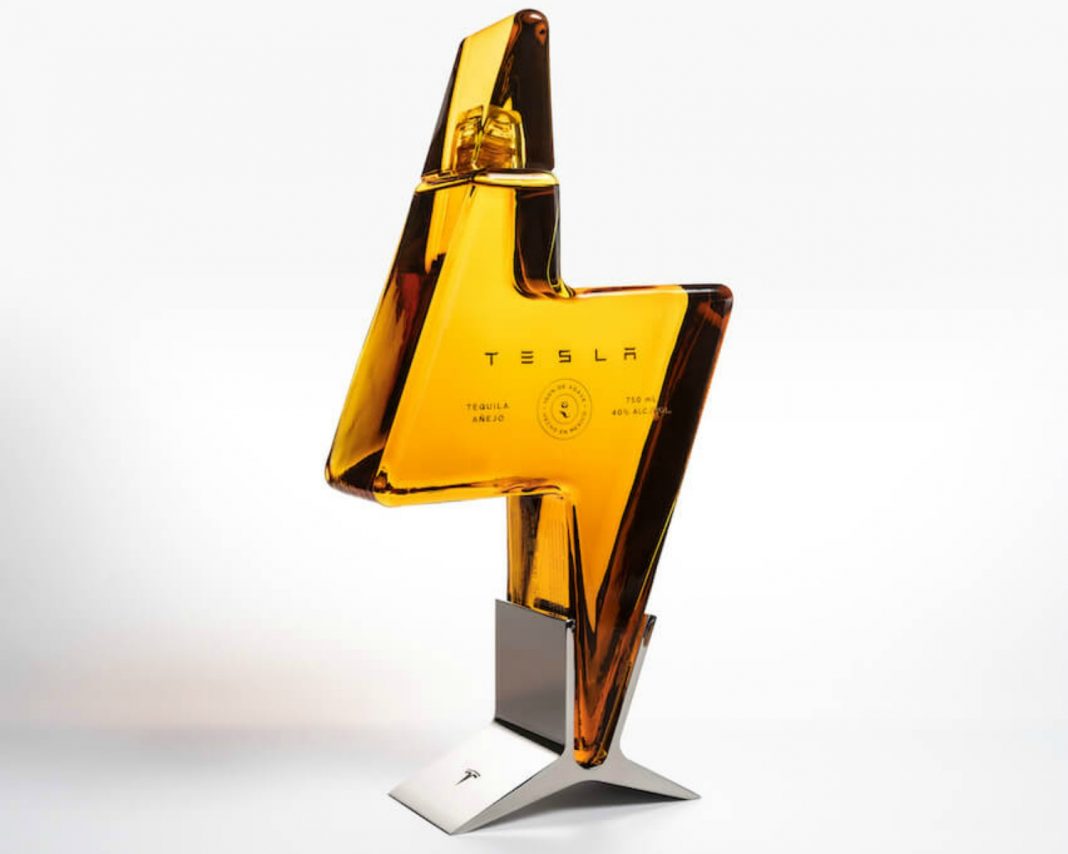 Diddy had Ciroc. Pharrell had Qream. And now Elon Musk has Tesla Tequila.

The spirit comes in an extravagantly designed lighting bolt-shaped bottle nestled in a brushed-metal stand emblazoned with Tesla logos. Under the hood, the aged, 100 percent agave tequila is manufactured by Hermosa Beach-based Nosotros Tequila.

A statement on Nosotros’s site claims that “the exclusive handcrafted bottle pays tribute to sustainable energy and recalls the myth of the origin of tequila. Legend has it that years ago, a lightning bolt sent from the heavens struck an agave, releasing, and cooking its juice to make tequila.”

Musk first floated the concept in an April Fools’s Day tweet in 2018, though he wisely rethought his initial moniker for the project, “Teslaquilla,” before bringing it to life.

The brand’s launch appears to be part of Musk’s ongoing evolution from billionaire business mogul to something more like a lifestyle figure. To his ardent fans, he’s a libertarian-ish sage with pop-culture influence beyond cars and rocket ships.

You go home with a guy and the first thing u see in his apartment is this, wyd pic.twitter.com/9CjlaCHnJx

But much as 50 Cent endorsed Effen Vodka in spite of famously abstaining from alcohol, Musk fanboys who hope to feel closer to their idol by drinking the same thing he’s drinking may be disappointed. Musk has stated in the past that his preferred spirit is whiskey, not tequila, and since a notorious appearance on Joe Rogan’s podcast in 2018, he’s said to have cut back on drinking in general.

Bottles of Tesla Tequila, priced at $250 (limit two per person) are currently sold out online. In typical Tesla fashion, deliveries will not be immediate; shipments are expected to “begin in late 2020.”

RELATED: This Local, Female-Founded Tequila Brand Is Helping Dogs with Every Bottle

Get Up Close and Personal with Tesla’s Idiosyncratic Cybertruck