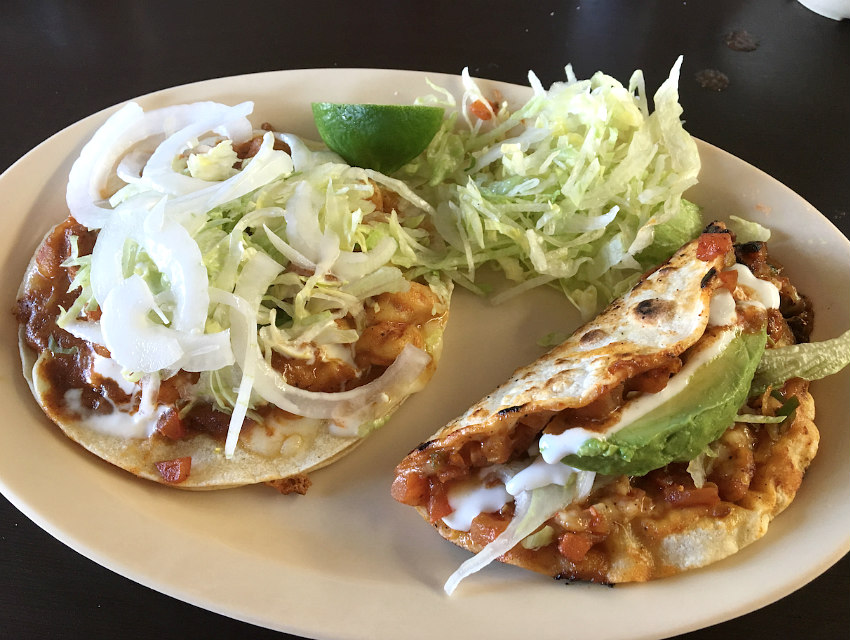 There sometimes exists a loose connection when it comes to restaurant franchises in the Latino community, or in any other traditional restaurants found in our many cultural communities. Ever wonder why five restaurants with the same name have five different websites? It could be that the expansion happened without the enthusiastic consent of family member in charge, or it might even become a friendly rivalry between siblings. But in the case of Paramount’s El Sinaloense, owned by Francisca Lopez Meza, it means that mariscos are on the menu.

The original location owned by Meza’s sister is an old-school fonda for traditional menudo blano, asado sinaloense (meat and potatoes dressed with vegetables, dry cheese, pickled onions, and crema), chilorio (spicy shredded pork), and delicious antojitos. The Huntington Park institution does offer mariscos in the menu, but El Sinaloense #2 fully embraces the surf and turf cuisine of Culiacan, Sinaloa, where the family is from. Meza offers some of the best versions in town of shrimp and fish albondigas, and ceviches, along with tostadas, guisados like bacon-wrapped stuffed shrimp (called camarones Costa Azul), a full range of botanas (cold seafood snacks), and excellent tacos.

The tacos gobernador, a stew of spicy shrimp and vegetables, melted cheese and Mexican cream in which the taco is prepared and finished on the grill until the tortilla is lightly crispy and has a nice char comes as advertised, 100% sinaloense (Sinaloan). I’d always assumed, incorrectly so, that this second branch would be the same and there was no need to go anywhere else than the HP location; they do have all those hearty classics from the original location but the seafood section of the menu is like having two restaurants in one. The gobernador at El Sinaloense #2, named after a former Sinaloan governor captures the flavors of the smoky taquerias of Culiacan, which is reason to visit this branch, where you get 100% sinaloense and a little more.