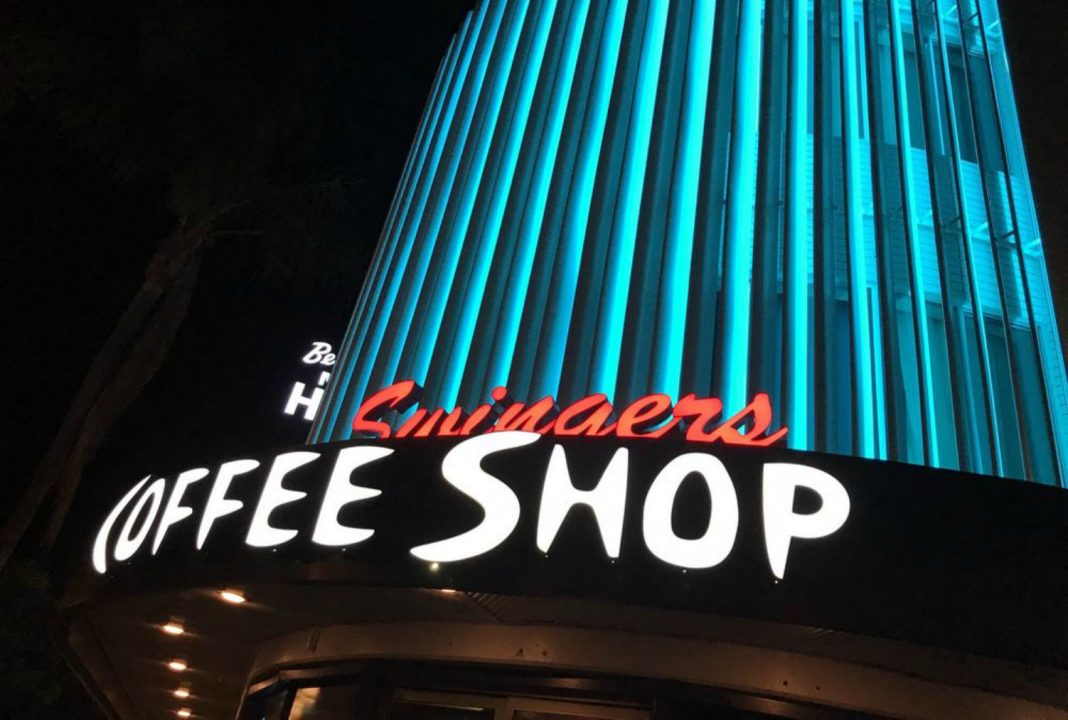 Swingers, the venerable coffee shop in Beverly Grove, shuttered this week after 27 years in its iconic space, Eater reports. The restaurant originally opened in 1964 as part of the Beverly Plaza Motor Hotel but was largely off the radar until purchased by club promoters-turned-restaurateurs Jon Sidel and Sean MacPherson in 1993. The duo spruced up the place with plaid upholstery and Andy Warhol-inspired wallpaper. They also added new-wave 1990s dishes like corn pancakes with jalapeño syrup and cranked up the jukebox with punk rock and vintage soul. Three months after the place reopened, food critic Jonathan Gold proclaimed there was “no cooler place in town.”

Celebrities and club kids flocked to the late-night joint. “It was quieter before,” motel owner Mel Adler told the Los Angeles Times in 1996. “Now we have models, musicians, actors—you name it. It’s a little noisier but … they’re mostly well behaved.”

Architect Arthur Smith, who had worked for Howard Hughes and other engineering firms, designed the three-story courtyard building to attract travelers looking for a place to pull in for the night. The tall colorful metal fins and Googie-style COFFEE SHOP signage on the corner of Beverly Boulevard and Laurel Avenue served as a beacon to the tired and hungry. In the 1970s chain motels were taking over, and the country was hit with a gas crisis. Fewer motorists led to the Beverly Laurel promoting its proximity to bus lines in its advertising. Gold characterized it as a relic populated mostly by “Soviet émigré cab drivers.”

Sidel and MacPherson had tremendous success with their restaurant Olive at the Farmer’s Daughter Motel and Small’s K.O., a tiny unmarked bar on Melrose Avenue. MacPherson would go on to open Jones Hollywood, Good Luck Bar in Los Feliz, El Carmen on Third Street near the Grove retail center, Bar Marmont at the Chateau Marmont, and Bar Lubitsch in West Hollywood before relocating to New York. Swingers was a hit right out of the gate and swung on, unchanged, for all these years.

The Santa Monica Swingers closed last year, and the original location has also now blended its final Bruce Banner green smoothie and flipped its last Mickey Mouse pancake. According to Eater, the Pikey, another MacPherson property, has also shuttered.

A GoFundMe page set up to assist Swingers employees has raised more than $50,000. Here’s hoping another operator can bring the vintage space back to life when the rest of L.A.’s restaurants reopen after the pandemic.