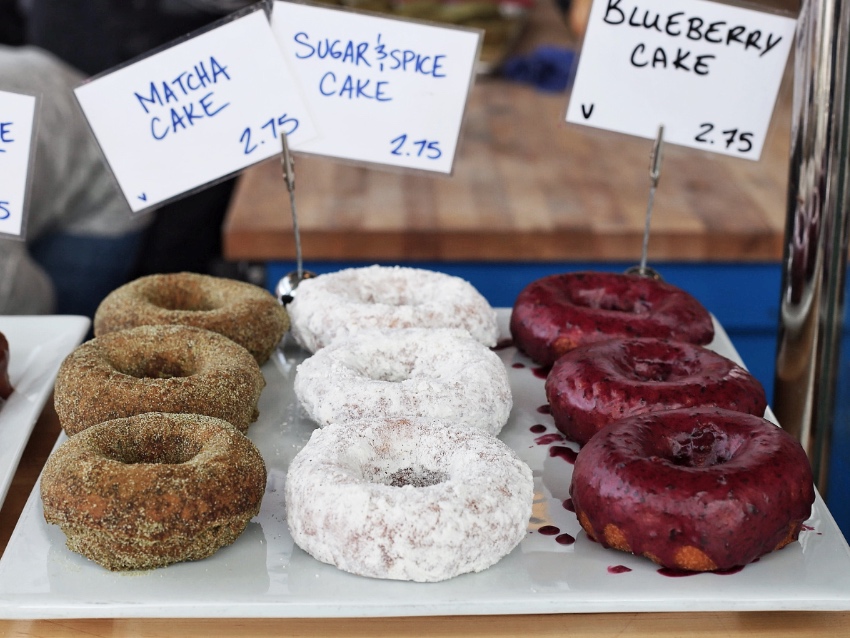 When we heard Orange County’s Sidecar Doughnuts would be opening shop in Santa Monica, we rejoiced. Now comes news that Portland’s Blue Star Donuts will be landing in nearby Venice later this summer, and we’re beside ourselves. So many delicious doughnuts, Westsiders!

Founded by Micah Camden and Katie Poppe in Portland, Blue Star has already opened four stores in the Pacific Northwest city—plus one in a Fred Segal in Tokyo, Japan—in just three years. They’ve won hearts with their intensive brioche recipe, which is made in-house daily through a process that takes 18 hours. Euro-style butter and rice-oil cooking are key to their technique.

Citing similarities between Venice and Portland, the owners says the new location is a great fit, and we’re betting that their inventive flavor mash-ups, like Dulce de Leche Hazelnut or the Cointreau-filled crème brûlée doughnut, will charm the Abbot Kinney masses (if ever there was a time for yoga pants). They’ll also be introducing new, inspired-by-L.A. creations exclusive to the new shop, and you can expect coffee by Stumptown along with Steve Smith teas.

Blue Star Donuts will be located 1142 Abbot Kinney Blvd. The new space is slated to open later this summer.