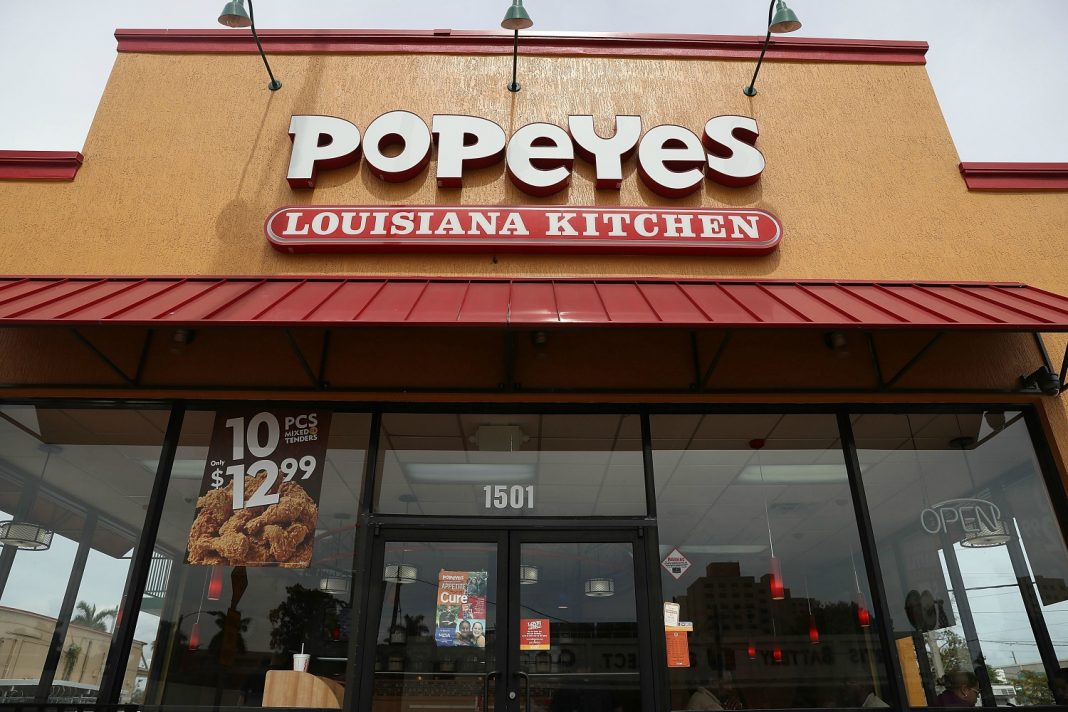 Public relations maven Samantha Jones (and maybe some other people) once said that “there’s no such thing as bad publicity.” Despite the frequency with which the platitude is repeated, it’s kind of not true. Except when it is. Or something.

Last year, Sweet Dixie Kitchen in Long Beach got a healthy dose of bad PR when patron Tyler H. revealed via Yelp that he’d seen a restaurant employee ferrying boxes of Popeyes chicken tenders into the restaurant’s kitchen. The revelation that a mom-and-pop shop was outsourcing the frying of its chicken to a local fast food joint (and subsequently using said chicken as part of a $12 chicken and waffles entree) might not have become national news if hadn’t been for a couple of things: A., If the restaurant hadn’t neglected to inform diners that they were about to dine on Popeyes, or B., If owner Kim Sanchez hadn’t reacted sort of poorly to being put on blast.

In an online response to Tyler H.’s review, Sanchez argued that bringing in fast food fingers was tantamount to buying pre-milled flour (a stretch) or buying vegetables from a farm rather than growing them herself (a bigger stretch). She wrote, “So whatever to you and your little review like it was some great exposure—and whatever to you, dude.” Mere days later, an ABC correspondent with a British accent was at Sanchez’s restaurant taping a segment for Good Morning America.

All that bad publicity must have actually been the good kind, because Sanchez announced last week that Sweet Dixie Kitchen will once again be serving Popeyes chicken. To celebrate the year anniversary of the chicken scandal that rocked Long Beach, Sweet Dixie Kitchen is observing “Popeye Fry-day,” featuring “Pops Chicken and Waffles” and the “Naughty Girl,” a biscuit sandwich with a Popeyes strip. According to a release, “The first five people to order either dish on any Friday in October will receive it for half price.”

In an email, Sanchez says she contacted the brand about participating in the anniversary, but received no reply. In terms of health code, Sanchez says the rules that regulate catering services apply to bringing in the outsourced strips: “[The] Health Dept[.] requires that I handle hot food just like I deal with it when we cook—it must be cooked to 41 [degrees] within four hours and reheated to proper temp to serve.”

Once again, people may object to paying $12 for an entree that originated, in part, in a fast food restaurant’s kitchen, but Sanchez is sticking to her guns. And she still loves the hell out of Popeyes strips. “Other restaurants order from outside bakeries all the time[…] I simply see it as outsourcing a product we don’t make,” Sanchez says. “Maybe that’s wrong but the issue was more that it was a ‘fast food’ place. Those chicken strips are fresh and hand-breaded and fried—it’s a very quality product, which I paid retail price for. And the folks that work there are local folks we supported.”

RELATED: Where to Find Fried Chicken From All Over the World Right Here in L.A.