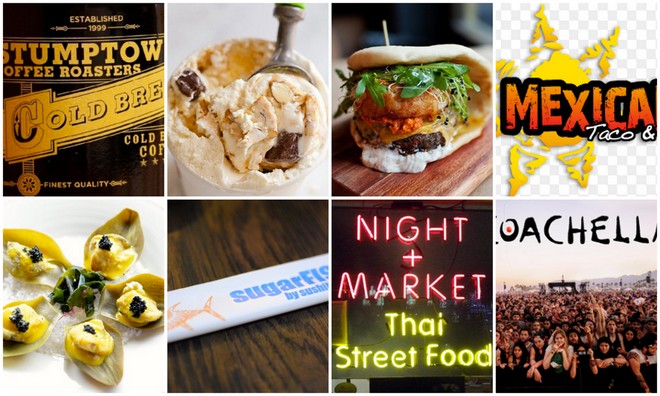 For the first time in its history, Coachella, the increasingly fashionable multi-day desert music festival, is upping its food quotient. In addition to the beer barn, this year organizers are bringing in some of L.A.’s hottest restaurants and chefs, including Night+Market, Bar Ama, Baco Mercat, Mexicali Taco Co., SugarFish, The Church Key, and Mohawk Bend. The Kogi truck will again be there, as will many of the usual corporate vendors, including Ruth’s Chris Steak House.

Chefs Rory Herrmann (formerly of Bouchon Beverly Hills), Steve Samson (Sotto), Jason Neroni (Superba Snack Bar), and more will participate in the festival’s first ever collaboration with Outstanding in the Field, an extravagant roving dinner party. Tickets to the dinner are now being sold online for $225 per person. (Tickets for the dinner are also available as part of a bundle with festival passes.) Portland is getting into the party by supplying Stumptown coffee and Salt & Straw ice cream. Clove Juice will be there, as will the Fancy Boyz.

We’ll have more about the extensive cocktail offerings coming to Coachella 2014 next week.