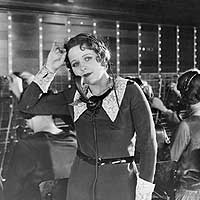 It comes with the territory. As the magazine’s dine editor, I regularly get hit up for restaurant recommendations during my off hours. I receive text messages from friends in the evenings, phone calls from family members on weekends, and—my personal favorite—the casual backyard barbecue sneak attack. (I’ve had three beers, but sure I can tell you where to eat for your anniversary!) Despite the title of this post, I’m always truly happy to help. But I insist every inquirer give me a few guidelines first: a) what part of town, b) price point, c) desired vibe, d) style of cuisine, or the name of a restaurant they already like. Here, I share my off-duty advice.

Who: Local comedy troupe-turned-moviemakers, the Vacationeers.

Scenario: These funnymen were recently featured on a panel at Comicon. They want to treat the gal who invited them to the high-profile gig to dinner.

Where: The greater Eastside and downtown areas.

Price Point: “Won’t break the bank.” One guy had thrown out Cliff’s Edge but it was deemed too pricey.

Type of Cusine: These guys are up for anything.

I Said: “Your overall bill at any of these spots is going to depend on your drinking habits. The food is medium-priced across the board, but if you start ordering three $14 cocktails each, you’re screwed. Check the menu at these spots ad see what fits. Mas Malo: Affordable, yummy Americanized-Mexican, good margaritas, and the downtown location is a looker. Maximiliano: Opened not too long ago in Highland Park. It’s low-to-medium-priced Italian food. Pizzas and pastas and affordable wine. Baco Mercat: Already a favorite of one Vacationeer upon my referral. Downtown, very buzzy, casual, with crazy-good, adventurous small plates. Not too expensive if you keep it under control. Umamicatessen: This place is good if you feel like all-American grub. It’s from the Umami group, and there are burgers as well as gourmet deli foods and other meat-focused dishes. The whole operation is kinda kooky, but it won’t break the bank.”

They Went to: Baco Mercat!

The Verdict: “It was awesome. We even took the train down there. Super cool, great atmosphere and food was really great. Our favorite new restaurant in the city.”

Who are these guys? You may know them from such food-focused shorts as “Critic Hunter” (see below)

But you’ll soon know them for the indie flick It’s a Disaster with David Cross and Julia Stiles, which made a splash at the LA Film Fest, and will be hitting theaters…sometime.