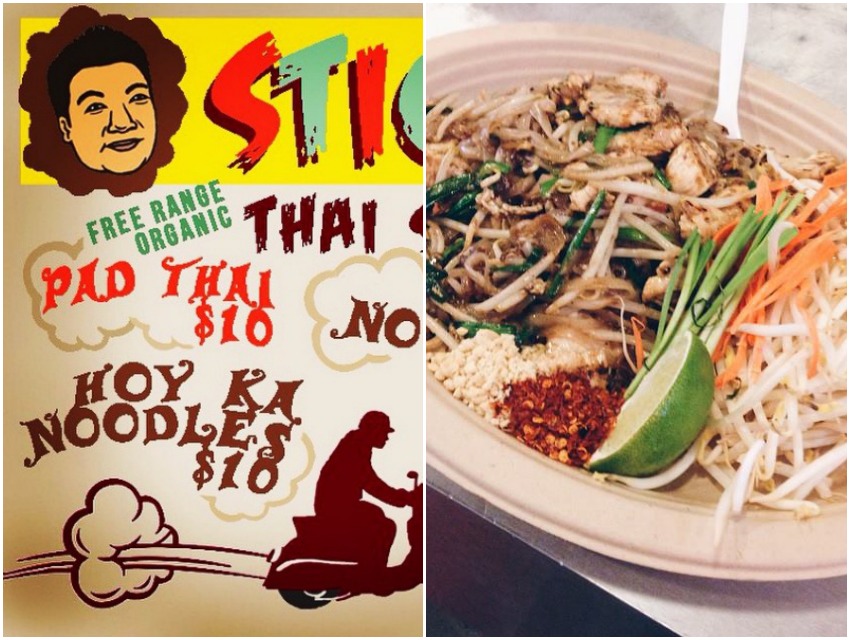 The small counter space that held the original Sticky Rice, one of the first vendors that marked Grand Central Market’s current renaissance last year, wasn’t quite big enough to contain all the Thai street food specialties owner David Tewasart wanted to serve. The new expansion, located on the backside of Sticky Rice, now offers a variety of noodles dishes, including boat noodles, tom yum soup, khao soi, and wok-fried pad see ew. You’ll also find pineapple fried rice and spicy Thai fried rice on the menu. The original line up of dishes was kept rather short, focusing mainly on grilled meats, sticky rice, papaya salad, on curries, but the new location allows Tewasart and his team to expand on a variety of other Thai street foods, including the griddle-cooked coconut custard dessert known as kanom krok.

Sticky Rice 2 will be open daily until 6 p.m., and until 9 p.m. on Thursdays through Sundays.