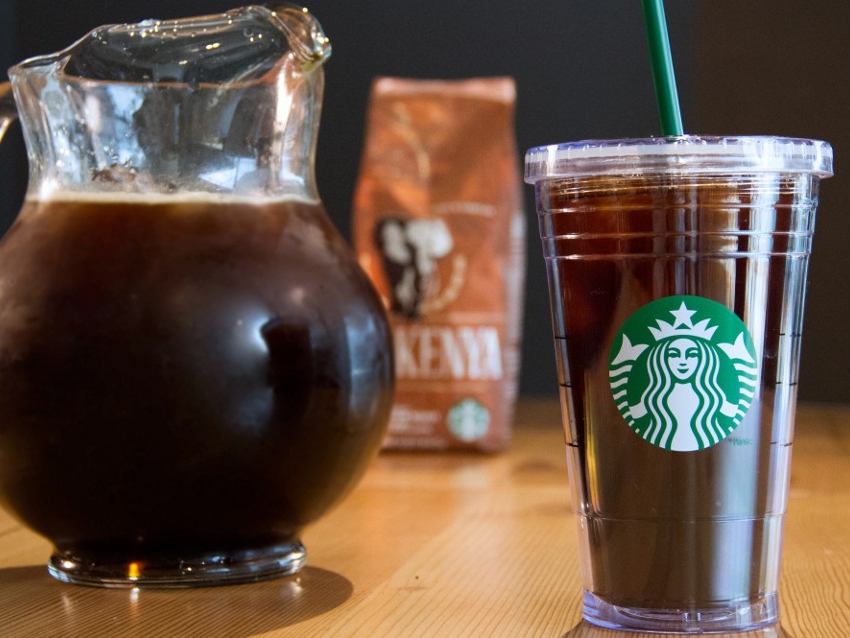 Beginning today, the Seattle coffee king is offering their cold brew coffee (which is different, and more expensive, than the iced coffee they’ve been serving for years; more on that in a bit) at every one of their U.S. stores. To get Angelenos in the mood for the cold brew, they’re offering 60 handcrafted mason jars, sized for a nice mug of cold brew, to the first 60 customers at the Beverly Hills store at the intersection of Santa Monica and Wilshire boulevards, starting at 8 a.m. The jars were created by local pop artist Steve Harrington (who has a Keith Haring sensibility) to reflect L.A. life.

Many are addicted to cold brew already, whether from Starbucks, which tested it regionally before going national, or at other coffeehouses. At Starbucks, baristas combine cool water with coarse ground African and Latin American coffee and let it steep for nearly a day (20 hours to be exact). Instead of using heat to extract the coffee, time does the trick. The result is a drink that’s richer, and less watery, than normal iced coffee. To Starbucks their cold brew has a “chocolate flavor with notes of citrus.” Maybe a bit, but it is good.

A grande right now averages for $3.25, if you’re counting pennies, you can stick with the hot brewed iced coffee, which is only $2.45.