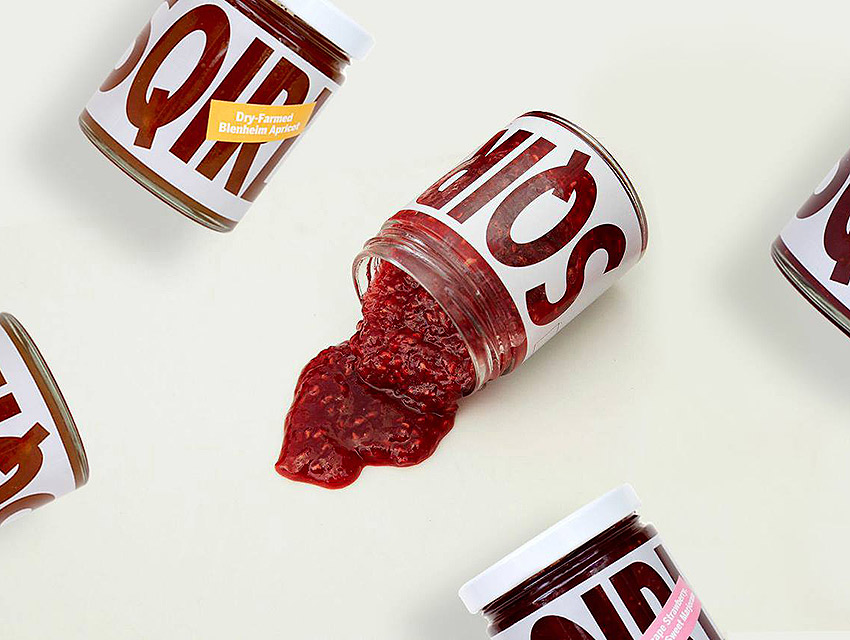 One of L.A.’s best-known restaurants has found itself engulfed in a growing scandal. Just days before the debut of a new cookbook full of recipes for jams, workers at Sqirl leaked images of what they say is mold growing on batches of jam headed to be splashed across the cafe’s once-coveted ricotta toasts and bowls of porridge. From there, more revelations started to pour out, including that Sqirl was for years using a kitchen space not inspected by the health department, and allegations of a corporate culture that failed to recognize the contributions of others on staff and may have created a toxic environment, particularly for BIPOC employees.

What’s been termed “jamgate” came into public view over the weekend via the Instagram account of Joe Rosenthal, a Twin Cities-based scientist and food blogger. Rosenthal says he was tipped off to the situation by a tweet from food writer Alicia Kennedy and then found workers posting on their own social media accounts about moldy jam.

“After my initial post, I started talking to more employees to try to establish if Jessica Koslow was directly connected to the mold or not, and that kind of exploded,” Rosenthal says. “At this point employees started coming out of the woodwork.”

Among the posts shared was an image that purports to be of a batch of jam in Sqirl’s kitchen with a layer of mold formed on top. He claims that sources told him that mold forming on buckets of jam was common, and that the practice from the early days of Sqirl to as recently as last week was simply to skim the mold layer off the top using spatulas and continue to sell the jam underneath.

In a statement released on Sunday, Sqirl chef-founder Jessica Koslow acknowledged that mold forming on jam did happen, though she stated that it was not substantively different than mold forming on foods like cheese or dry aged beef and described her process as being “handled with the guidance of preservation mentors and experts like Dr. Patrick Hickey.”

There have been a lot of questions about our jam this weekend. Here are our answers: pic.twitter.com/ELDngZCms1

Dr. Hickey, a Scottish mycologist, told The Washington Post that he was surprised to have his name invoked by Koslow, a person he says he has never met. He told the paper that she might have been thinking of comments he made in a 2014 BBC interview in which he stated that some foods, including jam, that develop certain molds in home refrigerators might still be safe to eat but, he says, that advice was not intended to be applied to commercial production.

“There’s a danger that the toxins could build up in that jam and diffuse down deeper,” Hickey told the Post, noting that, in addition to the probability of mold existing throughout the product, it could also create an unsafe environment for the workers tasked with scraping–and perhaps inhaling–the mold.

Official USDA guidelines for jams and jellies state that if mold is found, the entire product should be discarded. “The mold could be producing a mycotoxin,” the guideline document reads. “Microbiologists recommend against scooping out the mold and using the remaining condiment.”

Several of Rosenthal’s sources expressed concerns about Sqirl staff using a space that was not fully renovated for food service use, referred to in the Instagram posts as an “illegal kitchen.” It’s been alleged that, when the primary parts of Sqirl were receiving inspections, efforts would be made to hide this secondary space, with some even saying that some workers would hide inside until inspectors left.

In a statement issued to Eater L.A., Koslow confirmed her staff was consistently using the space as early as 2013, even though it did not receive an official health inspection until preparing to open as Sqirl Away, earlier this year.

“I filed paperwork and proactively contacted the Health Department to request an inspection in 2013,” Koslow writes in the statement. “The truth is that at the time I thought I could update the additional space with the little funds I had saved. But the job ended up being bigger than I could afford and my bank would not give me a loan. Around that time, our secondary kitchen fell off the radar of the Health Department, despite the fact that Sqirl’s main kitchen received regular inspections. Ashamedly, I took advantage of their oversight and did the best we could as we used Sqirl’s main kitchen for all our restaurant orders including jam, and used the secondary kitchen primarily for baking and food prep.”

In the statement she claims she has already thrown out any molded jam batches currently on hand at the restaurant and says she will be implementing new protocols going forward, including changing the packing and storage procedures for jam, and sending samples out to a third-party lab for safety verification.

“I know I have lost the trust of our loyal customers, partners, and jam subscribers and hope that my sincere regret and these changes demonstrate that I have learned from my mistake and are enough to earn a second chance from them,” she writes.

Koslow’s professional journey with food started in 2005, when a meal at chef Anne Quatrano’s Atlanta restaurant Bacchanalia inspired Koslow–who was then aspiring to work as a television producer, not a chef–inspired her to consider working in restaurants. Quatrano took Koslow under her tutelage and gave her her first exposure to kitchen life.

Eventually, Koslow, a Long Beach native, would move back to L.A. and begin her journey into baking bread and, ultimately, crafting homemade jams. By 2011, Koslow launched the Sqirl brand, jarring 6,000 containers of her preserves to sell at farmers markets and local shops. The next year, her Virgil Village cafe would open for full breakfast and lunch service.

As she wrote in her 2016 cookbook, Everything I Want to Eat: Sqirl and the New California Cooking, the cafe concept and menu was developed to compliment with her existing jam line, rather than to showcase a specific set of dishes she had already developed. “I knew that what I made had to flow with jam,” she wrote. “Breakfast and lunch fit the bill. Jam and raw bar? Not necessarily the closest match.”

For the opening of the restaurant, she brought on a team, including opening chef Ria Dolly Barbosa. Later on, Javier Ramos would be hired as chef de cuisine. Both Barbosa and Ramos have come out to publicly allege that they were the uncredited originators of some of what would become Sqirl’s best-known recipes, including those that helped propel the success of the James Beard Award-nominated Everything I Want to Eat. They assert they represent only a sample of large number of workers, particularly BIPOC cooks, who were the real masterminds of Sqirl’s cuisine, but never received recognition for their work.

Ramos, who worked Sqirl for two and a half years, directed cutting criticism at Koslow in an Instagram comment, claiming that he “didn’t get recognition or payment for the recipes that I contributed to the cookbook,” and alleging that Koslow “can’t cook at even a domestic, let alone professional, level.”

Barbosa, now of Petite Peso, echoed some of those sentiments, writing that she feels Koslow “took credit” for work she created as Sqirl’s chef, including providing Barbosa’s recipes to be published in Bon Appétit and Food & Wine, as well as in the cookbook, without ever explicitly acknowledging that Koslow herself was not the creator of those recipes.

“I never wanted to say anything because I was afraid I would be labeled the salty former chef,” Barbosa wrote in a statement on her Instagram story. “Yet here we are, years later, and I’m hearing stories that Jessica Koslow is still the same as she was when I left her, so I decided to break my silence and support the countless employees who have been wronged by Koslow.”

In a comment on their own account, Sqirl responded to Barbosa directly saying, “You are an incredible part of Sqirl’s history and you brought a unique talent and thoughtful cooking here.”

Beyond disputes over the authorship of recipes, others on social media have raised concerns about the overall treatment of BIPOC workers at Sqirl and the potentially unsafe work environment. The restaurant’s role in gentrification has also entered the dialogue, with many resurfacing a quote Koslow gave to Eater in 2016, in which she referred to the location as, “this shitty corner on Virgil and Marathon.”

As allegations continue to mount, at least one collaborator has taken a stand against the brand. Diaspora Co., a food brand inspired by the concept of decolonizing India’s historic spice trade, had recently launched a line of jams with Sqirl. Now, they say, they regret that decision.

“We went into this collaboration because the opportunity to spotlight BIPOC farmers who grew the rhubarb and the cardamom in jam form by a famous jam company like Sqirl felt very exciting, and a way to honor these special crops,” Diaspora Co. wrote in a statement. “But as it was rightly pointed out, the collab gave Sqirl another trendy marketing boost that was in direct opposition to what its own workers are fighting for: BIPOC equity and ownership (of recipes and more) at Sqirl, and in protest of unsafe working conditions.”

Rosenthal says that, while Koslow hasn’t responded to him directly, the stories he has collected from present and former employees paints a troubling picture of the operation, and of a food media intent on building up “celebrity chefs” and trendy restaurants, without looking critically at what happens in the back of house.

“It seems like it’s a generally abusive environment,” he says. “I want to see the past and current employees of Sqirl to have their voices heard and for there to be accountability for what seems like a nearly decade-long conspiracy to hide dangerous working conditions and food handling.”