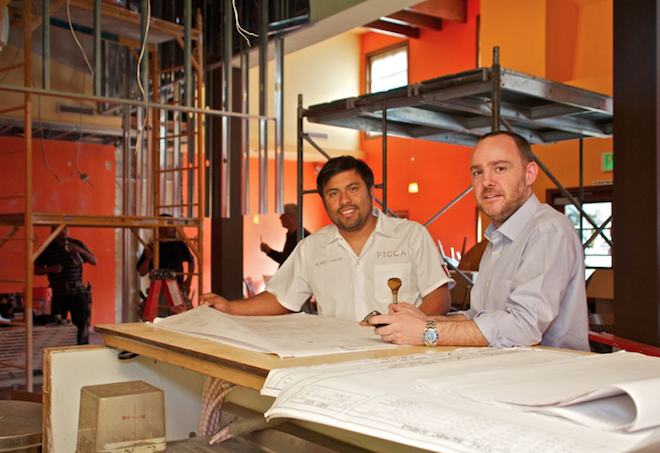 Breaking up is hard to do. Today, representatives for chef Ricardo Zarate (Mo-Chica, Picca, Paiche) announced that Zarate was renaming his business Zarate Restaurants. The press release made clear that longtime business manager and partner Stephane Bombet has parted ways with Zarate.

The split was finalized last week. For a team that has created some of L.A.’s most popular and acclaimed restaurants, this comes as a sad surprise.

Reached by phone, Bombet shared his point of view: “It’s sad, but it’s not a bad thing—it’s the natural progression of our partnership. We remain very close friends. After five years of working together, we found that we have different visions for the company.” Bombet also says that he has two new projects in the works; more information on those will be released in the new year.

Zarate’s official statement notes that Ricky McIntosh has joined Zarate Restaurants as Director of Operations. He was most recently with Landry’s Hospitality Group and The Bortz Group.  “It’s an honor to work with Ricardo and his team as we continue to build on his past achievements, furthering the reach of Peruvian food and its compelling culture across the country,” said McIntosh in the release.