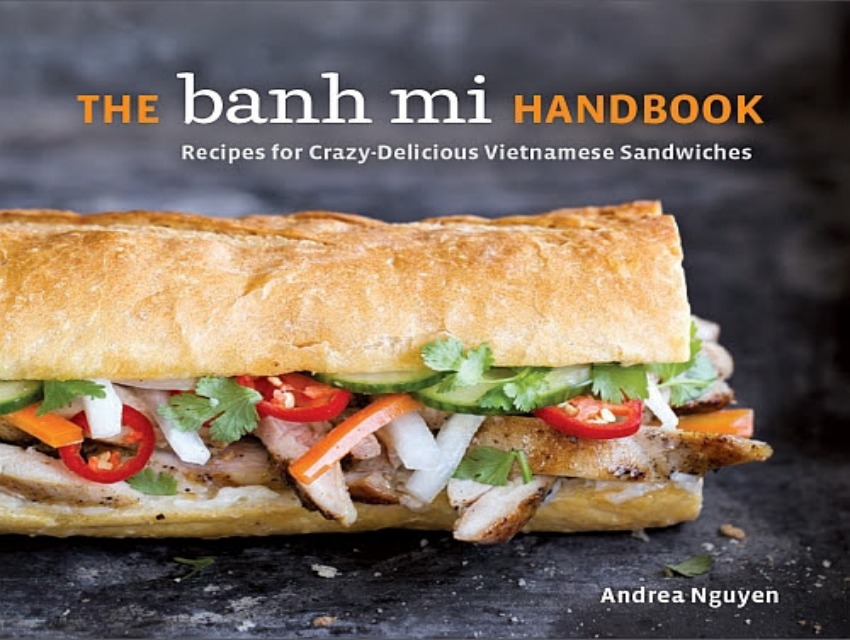 “If there are books on hamburgers, why not banh mi?” wrote author Andrea Nguyen in a Chowhound post back in August describing the motivations behind her latest work, The Banh Mi Handbook. Like any great cultural artifact, the banh mi exists in many forms, and Los Angeles has its own touted variations, from the funkified strip-mall favorite offered by Buu Dien in Chinatown to the blood-sausage newcomer from Hero Shop in Downtown. Nguyen will continue to explore what this city has to offer when she hosts a recipe demo and food tasting event at Grand Central Market, Friday, October 10th, from 6:30 p.m. to 8 p.m.

“More people are loving banh mi because it reflects the way we want to eat right now,” said Nguyen in an email. “Like pho noodle soup, it’s customizable.” Nguyen will rely on GCM vendors to supply her with raw materials for her recipes, including carnitas from Villa Moreliana. But there will also be a market-wide celebration of banh mi specials for the day. Horse Thief BBQ will offer smoked pork belly banh mi; Belcampo Meat Co. is bringing back their duck verison; Eggslut is making an Asian omelet banh mi; DTLA Cheese is crafting a chicken liver on toast variety; Valerie Confections will be making one with house smoked salmon; and, for good measure, G&B Coffee will be serving Vietnamese iced tea.

It’s a testament to the new community of vendors that are shaping the historic market space, a group that seems to have a deep respect for its enduring tradition, but also a keen awareness of its ability to move forward. Considering all of its permutations, banh mi fits right in with the rest of the delicacies that have evolved and grown within the 30,000 square feet of GCM for over a century.

“Daring banh mi seemed to be in many places,” continued Nguyen in the thread. A Sloppy Joe’s-style one from Manhattan, or a General Tso chicken version from Seattle. “There was an opportunity for nudging Vietnamese food from its ethnic margin closer to the mainstream center.”

Every Sandwich at Eggslut, Ranked