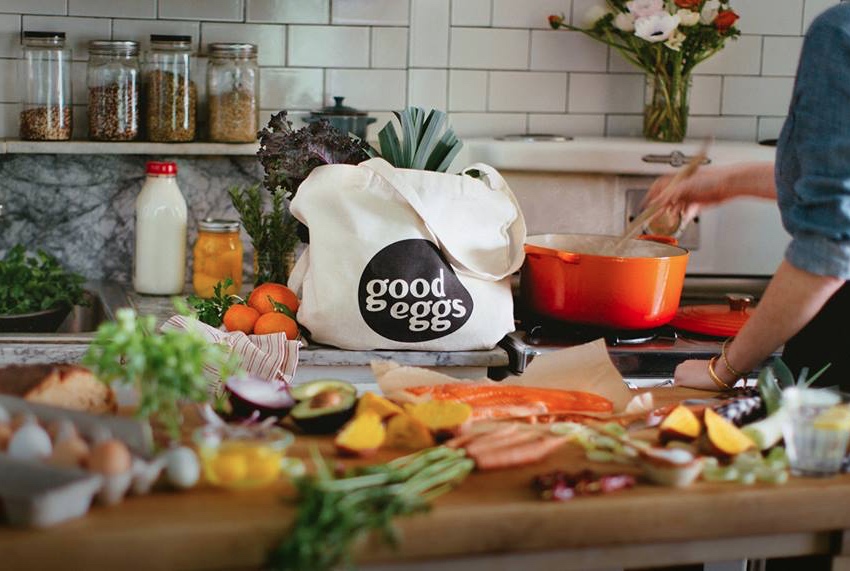 When Good Eggs first launched in L.A. in 2013, the city’s food lovers (especially those who don’t enjoy farmers’ market crowds) rejoiced. The online grocer featured an impressive collection of artisanal products from local purveyors, like jams from SQIRL and caramels from Little Flower Candy Co., plus meat, eggs, and produce from small, organic farms. Ordering was simple, and you could have the vittles delivered to your door or you could pick them up at one of several designated spots around town. It was a good get for consumers and small businesses alike.

Now, just two years later, the San Francisco-based startup, which had local offices in the Silver Lake-adjacent Frogtown neighborhood, announced last week that it would be shutting down its Los Angeles operations effective immediately—New Orleans and Brooklyn operations were also axed—in order to regroup and focus on its Bay Area market. In a statement on Good Eggs’ website, co-founders Rob Spiro and Alon Salant expressed regret for the closures and admitted to crucial missteps.

“But we didn’t fully anticipate the challenge of creating a new kind of food business that required a different approach to supply chains, logistics and commerce—it was, and is, more complicated than we imagined. We made a mistake in expanding as quickly as we did without perfecting the model first, and we take full responsibility for that mistake and its consequences,” the statement read in part.

And the consequences are significant. According to a TechCruch article, 140 employees suffered lay offs due to the shutdown. Then, of course, there are the vendors, many of whom have grown their businesses through the e-commerce site and come to rely on Good Eggs sales as an important source of revenue. The sudden stoppage (vendors received an email about the shutdown from headquarters on the same day that it was officially announced) has hit some very hard.

“I am still in shock,” says Marcie Jimenez of Jimenez Family Farm is Santa Ynez Valley. “We have been a vendor with Good Eggs since its beginning in Los Angeles. We have worked very hard as a small family farm to harvest daily for Good Eggs and have offered the pick of the crop to their customers. We have turned down other similar operations to be able to provide sustainable local food to Good Eggs, daily. We have employed staff to harvest and pack our produce and baked goods.”

“They are awesome and did not deserve to lose their livelihood without notice,” says Jimenez, who wishes that the company had hired an executive with an intimate understanding of the complexities of small-scale farming. “If that were the case we may not have suffered such a loss to our small business.”

Mark Stambler of Pagnol Boulanger, who says he was one of the first to sign up with Good Eggs and enjoyed a great working relationship with the company, is also disappointed and dismayed by the turn of events. While his Good Eggs orders did not make up the majority of his workload, he did count on the sales of 20 or so loaves of bread he made for the company weekly and, perhaps just as importantly, the city-wide exposure the affiliation afforded him. While the end of Good Eggs probably isn’t a death blow to his business, it is a major setback.

“The really ironic or maybe saddest parts of the whole thing was that my business was growing through them,” says Stambler. “It was slowly increasing week by week—with  more people from all over Los Angeles, and people from Playa del Rey enjoying my bread. I mean, there’s no way I could reach anybody in Playa del Rey or anywhere in the Valley. All of the sudden now my market has shrunk from the Greater Los Angeles Area to Silver Lake and Echo Park, where I can drive to in a reasonable amount of time.”

“I am very, very disappointed that Good Eggs closed,” she says. “Actually, I’m kind of devastated. I am especially disappointed that they closed so abruptly. When they reopened recently after they were forced to closed due to a building code violation, my sales almost tripled. They became one of my best revenue sources,” she says, referring to a months-long hiatus the company was forced to take earlier this year. Interestingly, Stambler says his sales also increased after the temporary shutdown.

Even for producers who have multiple retail venues, the absence of Good Eggs’ influence and marketing prowess within the ever-evolving organic, local food scene is a big loss. Not to mention it ability to create connections and community among purveyors.

“It is sad to lose them both as a partner and a force within the local food movement. We sell the majority of our produce direct via our own website but the closure of Good Eggs in Los Angeles will still affect our sales in the interim,” says Sean L. Jenkins of Fairview Orchards, which sold its organic avocados and lemons through the site.

“The Good Eggs concept  was strong, and not only connected local food artisans with food-conscious consumers but also with each other through a unique social business model,” say Cindy Pao and Pei-Yen Chen, who sold their Bling Bling dumplings via Good Eggs. “Our food products will continue to reach people in other ways, but it is sad to lose that energy and community that we shared.”

While there are a few other similar food delivery services available in Los Angeles, including Freshology, L.O.V.E. Delivery, and FarmBox, another player with the visibility and distribution power built by Good Eggs just doesn’t exist at the moment. As they scramble to fill the void, L.A.’s small-time food producers are likely to suffer long-term repercussions and serious loss of momentum.

“I really was counting on Good Eggs,” Stambler says. “They were part of my growth plan—now it’s not there, so I’ve got to come up with plan B, and I’m still trying to figure out what that’s going to be.”

No More Farm-to-Fridge: Good Eggs Shuts Down its L.A. Operation