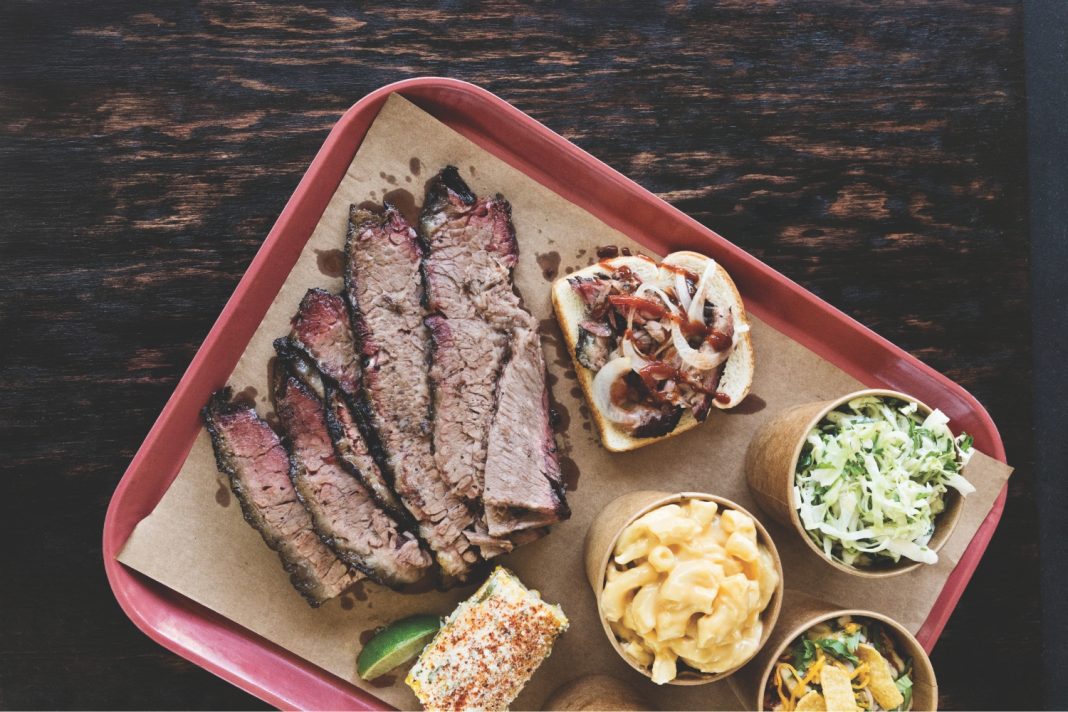 During cooking sessions that last in excess of 18 hours, Bakman babysits pepper-crusted slabs of beef to produce what he calls “Texas barbecue with a ray of California sunshine.” His mantra? Patience and persistence—traits he aims to bring to his new restaurant on 3rd Street. (He’ll have to battle the air quality board first.) “There are so many variables,” he says. “All I try to do is make my brisket better than the week before.”

Time to start the fire. Bakman lights red- and white-oak logs in the smoker’s fire chamber. Briskets (trimmed and cleaned the day before) are rubbed with yellow mustard, which helps a mix of salt and ground black pepper to stick, forming a “bark” as it smokes.

When the smoker hits about 200 degrees, the meat goes in, fat side up. Billowing from the chimney should be what pros call “thin blue smoke,” a near-invisible stream of exhaust that means the fire is burning clean. If the smoke looks cloudy, it could lead to harsh flavors.

Every half-hour or so for the next 15 hours, Bakman will tend the fire, making sure the temperature hovers between 250 and 270 degrees. He’ll also spray the meat occasionally with apple cider vinegar to add color. “Don’t open the lid too much,” he says.

Having developed a rosy “smoke ring” beneath a peppery black crust, the briskets are taken out and wrapped with butcher paper before being popped back in. This step keeps the meat moist for the last few hours of smoking while it is still absorbing flavor.

Bakman removes the finished meat and rests it overnight to “let the juices even out.” Depending on the weather, it’s stored in an insulated cooler or in the smoker itself, kept warm by leftover embers. The next morning it’ll be ready to be sliced (against the grain).

It Looks Like One of Austin’s Top BBQ Joints is Coming to L.A.