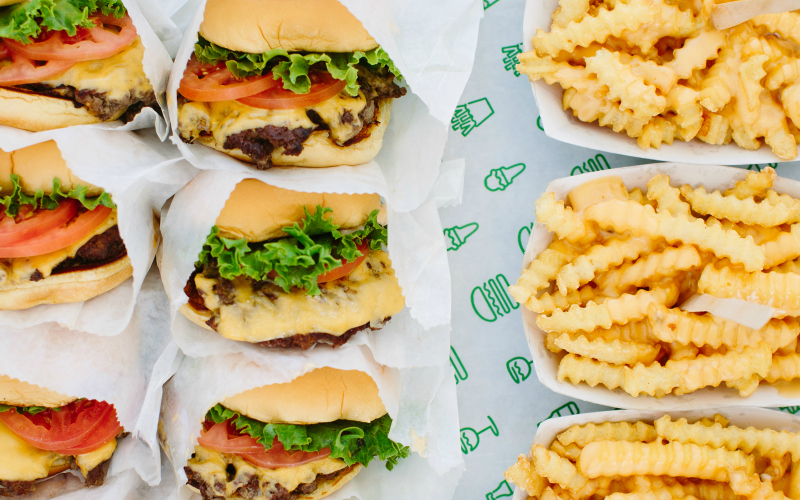 There’s just no denying it at this point: New York burger chain Shake Shack has totally taken over Los Angeles. Now, to cement that domination, they’re planting a flag right in the heart of downtown. The chain’s seventh L.A.-area location opens to the public on Friday, March 9 at 11 a.m.

When the new spot opens at 400 W. 8th Street (next door to Freehand Hotel and across from Golden Gopher) they’ll have a few special items on offer. In addition to all your typical menu favorites, including the Roadside Double sandwich which is available only at California Shake Shack locations, there will be three frozen custard concrete flavors you can only get at the new shop. Treat yourself to the Cookie Butter Blender, a mix of vanilla custard, speculoos butter, and chocolate toffee; the DTLA, which is a dark chocolate and banana combo with chunks of locally-made Compartes chocolate; and the Pie Oh My which is made by blending a slice of seasonal fruit pie from Cake Monkey into vanilla custard.

If you want an excuse to order the Pie Oh My—besides that you survived the infamous Shake Shack queue and made it to the counter to order at all—you can consider it an act of charity. A portion of the proceeds from each Pie Oh My sold will go to support Inner-City Arts. Alternately, order a refreshing beer. This location offers local suds from the Arts District’s own Angel City Brewing, Fullerton’s Bootlegger’s Brewery, Barley Forge Brewing in Costa Mesa, and Lagunitas from Petaluma, as well as house red and white wines.

RELATED: The Only Burger in L.A. You Should Be Comparing to Shake Shack