Home Uncategorized Sex, Drugs, Rock ‘n’ Roll and… Beer? Sure, Why Not 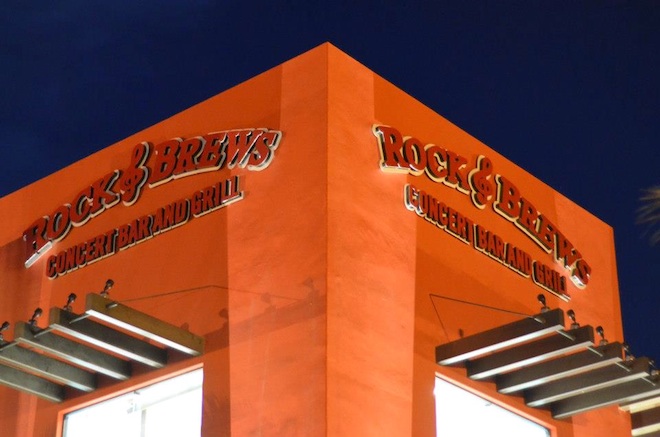 Paul Stanley and Gene Simmons are perhaps most famous for wearing black and white make-up, ripping it on their guitars, and grotesquely sticking their tongues out. They co-founded KISS in 1973, and only officially retired from the band as of last month. As they cruise past middle age, the duo is working on another music-related venture. Next week, they open a second L.A. location of their Rock & Brews concept.

Rock & Brews’ first location—which, like Hard Rock Cafe, combined American eats with rock music—existed in El Segundo before Stanley and Simmons joined the team. They’ve since partnered with Dave and Dell Furano on the concept. Restaurateur Michael Zislis (Manhattan Beach Brewing Company, The Strand House) is handling operations to help the group open up 100 of these restaurant-bars within the next five years.

A release describes the newest Torrance location, which grand opens on May 8, as having “a backstage concert environment, featuring concert lighting, multiple televisions and concert-style rock music.” The 5,400-square-foot venue features indoor and outdoor dining (the patio is dog-friendly), fire pits, self-service iPad-controlled beer taps, a kids play area, and an all-American menu. What more could one possibly ask for?

[UPDATE: Rock & Brews’ public relations firm, Wills Communications, writes in to correct us: Stanley and Simmons have not retired from KISS this year and have no plans to retire. The next Rock & Brews location will open at LAX.]