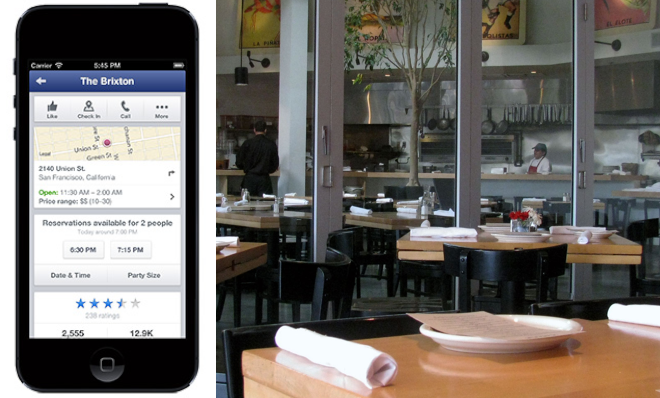 Back in May, word spread that online delivery services GrubHub and Seamless would be joining forces. This week, the transition is complete—at least on paper. New York-based Seamless and Chicago-based GrubHub service a combined total of 25,000 restaurants in 500 cities. Consumers are not likely to notice any changes, says GrubHub CEO Matt Maloney, who now runs the new company, GrubHub Seamless. The company is not restructuring and plans to continue operations and grow the businesses side by side.

Today, representatives from Facebook announced that they were partnering with online reservation service OpenTable. Years ago, OpenTable provided a free app on Facebook which allowed diners to reserve a table directly from a business’ Facebook page. That service was eventually phased out with a quick alteration to Facebook’s terms and conditions for app developers. Now it appears that after that back and forth, consumer demand prevails. Facebook users, whether connecting to the social media site from their computers, tablets, or phones, will be able to make reservations on a restaurant’s page through OpenTable. Users do not have to be OpenTable members to make use of the feature, which will be rolled out later this year.

Facebook Cracks Down on Some of the Biggest QAnon Accounts