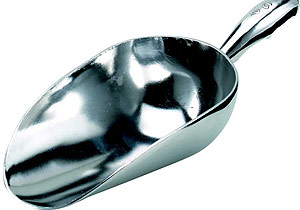 Well that didn’t take long. After leaving his post at the newly opened Casa downtown, chef Kris Morningstar (Blue Velvet) has signed on to head the kitchen at District, one of two new spots in the works from Hollywood’s Sunset Strip impresario George Abou-Daoud.

Abou-Daoud—who also owns the Bowery, Delancey, Mission Cantina, and the Tamarind Deli—says District will be a full service restaurant that will maintain the “social nature” of his other venues, but be more “cheffy.” He’s staying mum about the cuisine, but maintains Hollywood has enough Asian and Latin restaurants. Agreed.

Sharing the same Spanish Colonial building at Sunset and Seward will be The Mercantile, a wine bar and artisanal market selling rare cheeses and other gourmet goods. Both are set to open “after summer.”

“The basic idea is to change the way people socialize at restaurants by providing great food and drinks in a more relaxed atmosphere,” says Abou-Daoud. “No tablecloths, no reservations, and the bar being just as important an element as the restaurant.”