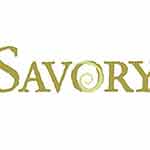 Something must be in the water this week. Monday night, Eater LA reported on chef Jeremy Fox’s sudden departure from the very soon-to-be-opened and highly anticipated Barnyard Venice, and now we receive the news that chef-owner Paul Shoemaker has closed Savory in Malibu effective immediately, citing irreconcilable differences during a “long and hard battle with Point Dume Village Landlord.” In a statement, Shoemaker says:

“We would like to thank the entire community and the City of Malibu, all of our guests that have supported us over the last two and a half years, and most of all we would like to thank our incredible and amazing staff. We are so appreciative to have had such a talented, professional and loyal group of employees working with us all of this time. This is a sad day and one of the hardest decisions I have had to make. I love Malibu and everyone here. We will never forget this amazing experience. Eat. Drink. Be Local.”

Though according to an email sent from landlord Zan Marquis to Malibu Patch, it was a matter of Shoemaker defaulting on rent, later noting that two local restaurateurs have already expressed interest in the space:

“Savory defaulted in the payment of its rent and closed its doors on November 7. […] The owners of Point Dume Village had invested over $600,000 to help ensure its success, while the chef-manager has been working on a new restaurant venture in downtown LA that is reportedly opening next month.”

This just weeks after the news that Mezze shuttered abruptly? Tragic. We’re going to need a minute to let this all sink in… though we know how it can be to deal with landlords.

Another Eater LA report provides some consolation, confirming that Shoemaker indeed plans to open his Juicy Lucy burger joint for the FIGat7th complex next month, and a forthcoming pizza concept called American Pie next year in Santa Monica. Having honed his skills at Bastide, Providence, and Water Grill before opening Savory (named one of our best new restaurants last year), we’re excited for whatever his future brings us.