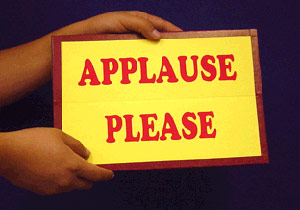 I’d group myself in the low-maintenance school of movie-going—put me in front of a big screen with a cold soda, and I’m pretty much content until the credits roll. That was before my experience seeing “Wall-E” at the El Capitan Theatre on Saturday night, however, which raised the bar so high that I fear I’ll never be able to head to the multi-plex again without feeling short-changed.

As anyone who has ever been to the El Capitan will tell you, the place is crazy-beautiful—restored meticulously to its original 1926 East Indian interiors and Spanish Colonial exteriors, and updated with modern touches like a state-of-the-art sound system and cushy seats.

Here’s what I liked best, though—my VIP ticket included a complementary popcorn and a drink (though for $26 per ticket, perhaps not so complementary). And, because ‘VIP’ means never having to stand on line with the plebes, it’s dispensed from a separate concession not by a surly teenager, but by an affable employee (would you expect anything less from Disney?) The whole process was painless, and it had me in my seat within two minutes flat.

But the popcorn—oh, the popcorn. Not only was it fresh (something I didn’t expect, given that it’s handed over pre-packed in buckets, with nary a popper in sight), but it was also piping hot. Turns out I was eating a batch of Orville Redenbacher popped only minutes earlier. What’s more, butter was nearby for the taking, and it was—gasp!—real.