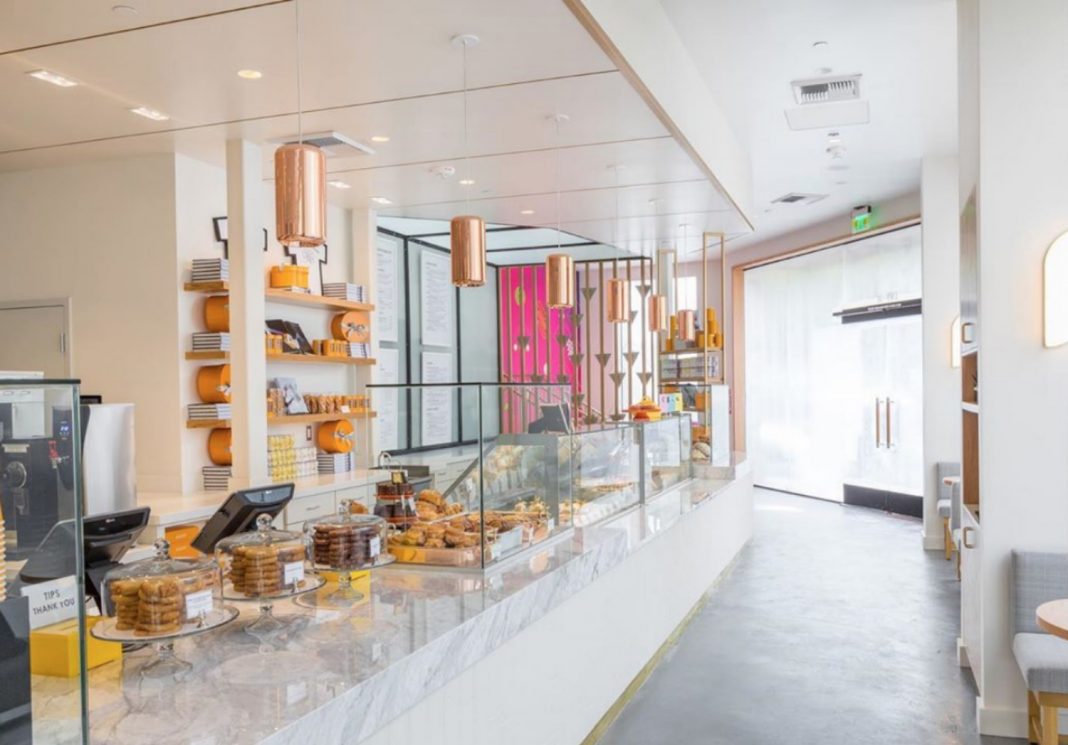 Local restaurants and bars are what give our neighborhoods their distinct character. As the months pass, we’re seeing numerous restaurants closed permanently, watching as the pandemic decimates the hospitality industry, and wondering what Los Angeles will look like when we get to the other side (whatever that ultimately means).

This list is just a slice of the restaurants that have closed, and we will be continuing to add to this page often. Know of a closure in your neighborhood? Let us know here.

Restaurants Closed Amid the Pandemic

After five years, Josh Kopel’s Southern-style eatery in downtown L.A. has called it quits. According to a post on social media, the team already has another project in the works.

Plum Tree Inn
After more than 40 years, Plum Tree Inn has shuttered. Chinatown was among the first of L.A.’s neighborhoods to see a dramatic drop in patronage, and those diners have yet to return.

Bon Temps
Less than a year after opening, Lincoln Carson’s soaring Arts District concept shuttered for good. It was the third restaurant to give it a go in the space in the span of just a few years, none of which were able to make it work for long.

Terroni DTLA
Locals report that the downtown location of the Toronto/L.A. chainlet has shuttered for good, as has the attached Dopolovoro Market from the same team. The Beverly location of the Italian fave remains open.

Preux & Proper
New Orleans-inspired Preux & Proper ended its five-year run as a bustling downtown spot on August 31. Owners had hoped to be able to pivot to catering or other projects and eventually reopen, but ultimately made the call to permanently close.

Dominique Ansel Bakery Los Angeles
The Cronut creator has shuttered both his eponymous bakery at the Grove and the upstairs 189 restaurant.

Swingers
Throughout its 27-year run, Swingers was the perfect place for post-bar trips and late-night hang sessions. Unfortunately, ownership has no plans to reopen even after the pandemic ends. So long, Swingers. We’ll miss you.

Somni & the Bazaar
Both of the José Andrés-connected concepts inside the SLS Hotel will close. The company that owns the hotel is suing Andrés’s ThinkFoodGroup, alleging TFG failed to abide by the owner’s “cost-cutting measures”; TFG calls the suit “baseless” and says the company’s actions are what torpedoed intentions to reopen after the initial shutdown.

Cuties, the popular LGBTQIA+ coffeeshop in East Hollywood has closed, citing a lack of revenue. In an Instagram post, co-founder Virginia Bauman said “continuing to accumulate debt in an environment that shows little promise of operational safety in the near future is unwise…. moving forward, all of our efforts will be online.”

Granville Cafe
While other locations are still in business, the Granville at the Americana has shut its doors for good.

Auburn
One of the city’s most creative fine-dining restaurants closed down after just a year in operation. Chef-owner Eric Bost announced the news in April, stating that “it was just too much risk to continue to try to finance.”

The Pikey
This British-inspired pub established itself as one of the favorites during its nearly eight-year stint in Hollywood. Memories of the live performances and raucous late nights will remain.

Trois Mec
The tiny project that made Ludo Lefebvre a big star has shut its doors, but the chef’s other properties are operating.

Beverly Soon Tofu
Monica Lee’s Koreatown staple, open since 1988 in its current Olympic Boulevard location, is shuttering. “It was a really hard decision,” Lee’s daughter JJ Lee told Eater L.A. “My mom was giving 110 percent to this restaurant. The pandemic just called her to action and we just had to make this decision.”

Dong Il Jang
A staple for more than 40 years, owners feared their make-at-your-table KBBQ concept might be unsustainable, even as restaurants inch toward reopening.

Here’s Looking at You
The closure is, technically, “temporary,” but HLAY owners have made clear it’s unlikely they’ll ever bounce back. For now, they’re focused on their still-open project, All Day Baby.

Jun Won
Considered one of L.A.’s best Korean restaurants, Jun Won was simply not able to weather the pandemic downturn. Even offering takeout, losses were piling up, and at 74-years-old, chef-founder Jung Ye Jun decided the risks of continuing had become too great.

Federal Bar – Long Beach
Federal Bar’s owners have found themselves stuck between a rock (operating a bar and live music venue) and a hard place (another business owning a record label and promoting concerts and fests), getting doubly hit by the downturn. North Hollywood’s Federal Bar is still open.

Lincoln Pasadena
One of L.A.’s best bakery-cafes, Lincoln was famed for its exceptional pastries and cakes. After six years, chef-owner Christine Moore made the difficult decision to call it quits.

Cafe 86
Cafe 86 has shuttered its Old Town Pasadena location, sending fans of Filipino-inspired treats to other outposts around the region.

Four ‘N’ 20
Both locations of this retro diner–particularly famous for its pies–have shuttered, after a run of over four decades.

Krimsey’s Cajun Kitchen
Krimsey Ramsey’s vegan Cajun spot, which closed in June, may return in the future; until then, fans can whip up dishes at home thanks to an online cookbook.

Din Tai Fung – Arcadia
The global dumpling chain’s first location in the U.S was this one, opened 20 years ago in Arcadia. Though the SGV outpost is shuttered, all other locations remain open for now.

Alpine Village Restaurant & Bar
After 51 years, the Oktoberfest favorite has poured its final stein. Sources say the business was struggling before pandemic hit and unable to survive the shutdown. Other parts of the Alpine Village complex, including a Bavarian market and bakery, are open.

Ma’am Sir
Charles Olalia announced the closure of his beloved Filipino spot on Instagram, writing “It was a pleasure to have welcomed you once upon a time. There will come a time when I can welcome you again.” Olalia, a veteran of the French Laundry and Patina, opened the restaurant to acclaim in 2018.

Donut Farm
Vegan doughnut fans have one less option with the closure of this spot. The brand’s original Bay Area locations remain active.

Caffe Vita
This Seattle chain announced the closure of its sole L.A. location on August 28. The owners attributed the shutter to a “shocking and unexpected increase” that began in 2019 but, when COVID hit, became impossible for the cafe to sustain.

MTN
MTN, which brought $20 ramen to an architecturally arresting spot on Abbot Kinney, has permanently closed. The space is currently operating as a Oaxacan pop-up called Valle.

RELATED: Is It OK to Eat at a Restaurant During the Pandemic?

Indoor Nail Salon Services Are Now Permitted in California, but Counties Will Make the Call