Home Philanthropy People Are Pitching In to Help L.A.’s Independent Restaurants and Their Workers... 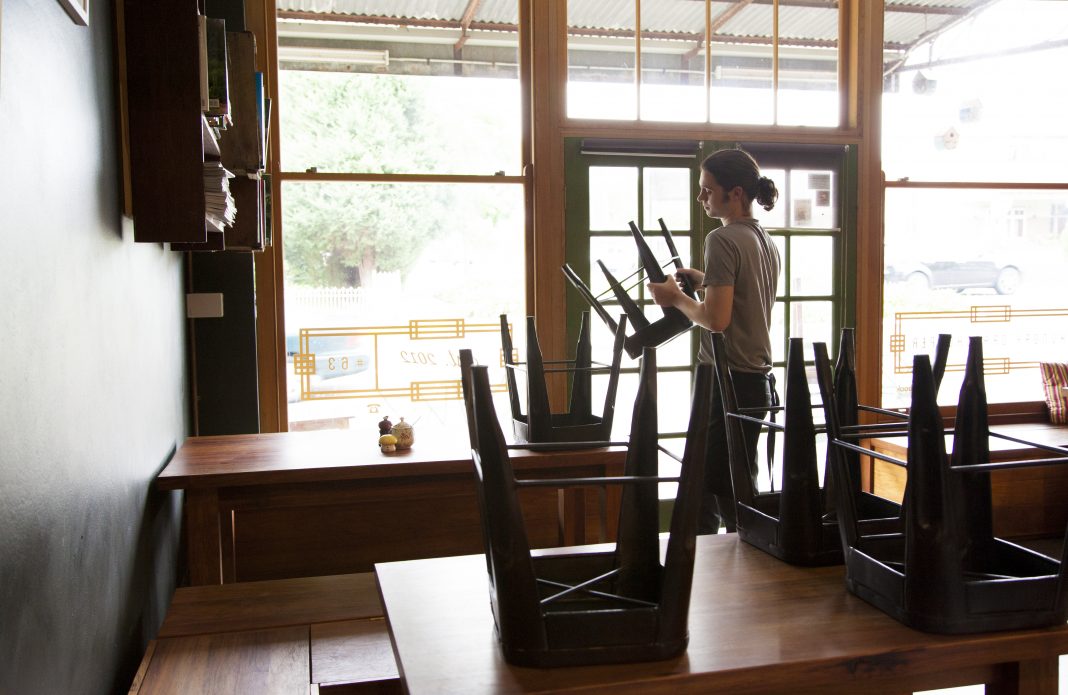 Across the country, an untold number of bartenders, servers, and other service industry workers have already been laid off or had hours dramatically cut due to the pandemic. Some small businesses are trying to keep workers paid for as long as possible rather than cutting people entirely, even as they struggle to stay afloat. While the industry could get some form of government bailout, even in the best case scenario the funds won’t get into individual employee’s hands in time for them to pay for the health care or supplies they may need right now. So, in the meantime, individuals and companies in the field are banding together to do what they can—and you can support their efforts.

Chef, restaurateur, and all-around dynamo Nancy Silverton has been among the first to snap into action. Time Out reports that her Melrose Avenue restaurants Mozza and Chi Spacca will function as a temporary relief center for those who are facing hardships during this time. Her team is cooking up 300 to-go meals to hand out each night to distribute to those in need, and will also have supplies to give out including diapers, baby food, and canned goods.

That project is possible due to a grant of $50,000 from the Lee Initiative, a program launched by Louisville, Kentucky, chef Ed Lee and funded by the Maker’s Mark bourbon company. The company will be making grants to civic-minded food professionals across the county, but Los Angeles is among the first to launch.

“When I thought of Los Angeles, I immediately thought of Nancy—she’s such an icon, and someone who just cares,” Lee told the Los Angeles Times. “This is her community, and when I reached out, she immediately said yes.”

The $50,000 grant should keep the Silverton project running for two weeks. To keep it going and to make contributions directly to workers in need, the initiative is accepting donations from the public.

In order to keep workers employed and out of those dire circumstances, restaurants themselves may need immediate financial assistance. To address those concerns, L.A.-based app Off the Menu has helped establish a fund of their own to be distributed to business owners and employees to help keep the lights on and payroll met at some of your favorite small spots and food trucks, including Yeastie Boys, Ugly Drum, and the Greyhound. A GoFundMe page has been set up to accept additional donations. Another GoFundMe has been set up specifically to support the nightlife-centric Parks Hospitality group, which owns Bar Flores, Lowboy, Wolf & Crane, and Adamae, all of which have been shuttered indefinitely.

“Restaurant workers need your help more than ever,” a spokeswoman for Silverton told the Times. “If we don’t take a stand and do something now, there will not be an independent restaurant industry to speak of when the coronavirus crisis is over.”

RELATED: Could “Dining Bonds” Help Save Restaurants and Bars?