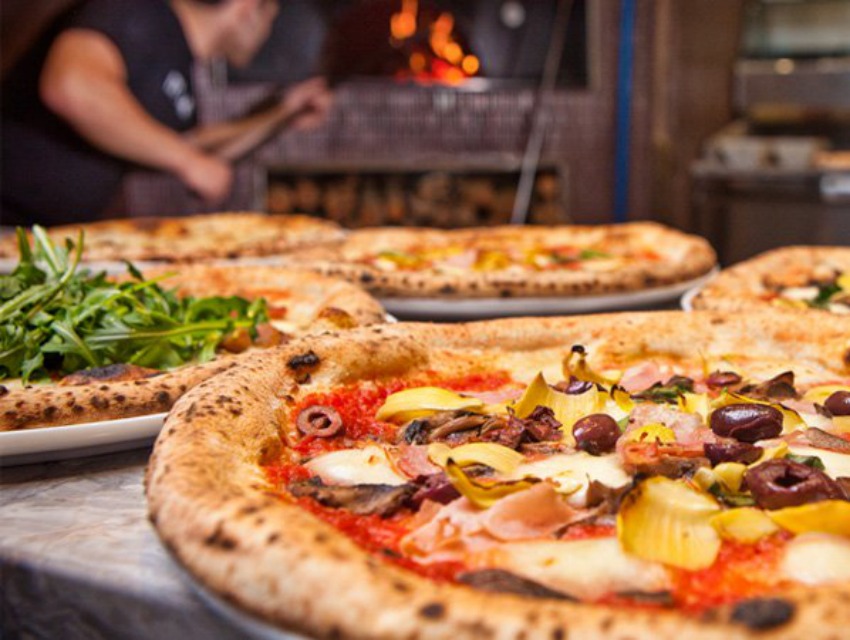 Studio City: Owner and chef Joan McNamara has finally opened the second branch of her beloved restaurant and marketplace on Third Street. This location of Joan’s on Third course, isn’t located on Third Street as the name suggests, but rather just off the main drag of Ventura Boulevard inside a former post office, though it’s striking how much the interior of the new location—with its white wood trim, marble counters, and farmhouse bric-a-brac—resembles the original. As with the Beverly Grove location, you’ll find a huge curated assortment of cheeses, charcuterie, salads, and fresh pasta enclosed in deli cases, as well as a reliable menu of sandwiches, pastries, soups, and salads. There will also be a Stumptown coffee program, ice cream from Sierra Madre’s Mother Moo, and beer and wine available for there or to-go. What else do you need, really?

Beverly Grove: The old A.O.C. space near Third St. and Crescent Heights has been transformed in Pistola, an Italian steakhouse that pays homage to the classy red sauce and porterhouse joints of yesteryear. Co-owners Vic Casanova of Gusto and Seth Glassman of Rivabella plans to offer a dozen or so house-made pastas, including baked ziti and potato gnocchi, along with a roster of dry-aged beef cuts like the built-for-two Delmonico and Tomahawk cuts. To drink there’s a selection of classic cocktails, an Italy-dominated wine list, and a few amaro for after-dinner sipping.

Pasadena: With popular locations in Santa Monica and Westwood, the Umami Group-led 800 Degrees Neapolitan Pizza is bringing its high-powered ovens to Pasadena, starting this Friday. Situated in the heart of Old Pasadena, the fast-casual pizza shop is housed with a  two-story, 5000 square foot venue designed in 1929 by John C. Austin,  the architect responsible for Griffith Observatory, Los Angeles City Hall and the Shrine Auditorium. In fact, the dining room itself is registered on the National Registry of Historic Places, and restoration of the space revealed a mural painted in 1989 by famed L.A. artist Kenton Nelson that was returned to its former glory. As for the menu, you can expect the same addictive, char-speckled pies found, cooked in under a minute inside an imported double-decker Mario Acunto wood-burning oven. Afterwards there is gelato. 800 Degrees Pasadena will be open from 11 a.m. until 2 a.m. seven days a week, and will serve beer and wine.

UPDATE: 800 Degrees will be giving out free pizzas from 5 to 9 p.m. on Wed., Sept. 24 to celebrate its opening. Just show you’re a follower on social media to score a free pie.