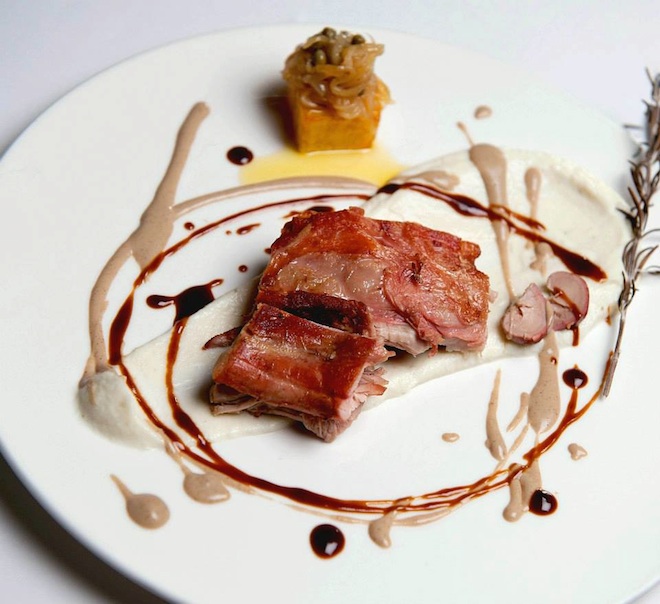 The evening started off with some standard officiating and a promise that the list would “promote and celebrate brilliant restaurants and brilliant chefs.” The list was created from an industry poll of 250 experts.

The only chef to take two wins, Mexican chef Jair Tellez of the Valle de Guadalupe’s Laja (#46) and Mexico City’s MeroToro (#26) said “for Latin America, it means that the world is looking at us—that there is a relevant culinary scene over here.” Chef Diego Hernandez, of the Valle de Guadalupe’s Corazon de Tierra (#30) agreed, “The international food scene is looking at Latin America—this confirms that.”

Mexico took 10 spots on the list, including the number three spot by chef Enrique Olvera of D.F.’s Pujol. In all, Mexico had a group of well deserving restaurants, but the list was mixed with the best of Latin America and some B.S. thrown into the mix. It makes me question the panel of “industry experts.”

Bogota’s Harry Sasson is a pimped out steakhouse in the Zona Rosa—great on an expense account, but I don’t think it belongs on this list. Neither does Andres Carne de Res, just outside of Bogota. While it might be the greatest party on the planet, it’s a place where you drink until you can’t see straight, and dance with beautiful paisas (girls from Medellin) until daybreak. It’s not known for its food.

And Sao Paulo’s Fasano? It’s perfect if you want to woe a Brazilian queen—hey, not a bad idea!—but food wise, it’s a high-end Italian restaurant that’ll wipe out your savings and serves boredom as a fifth course.

Many real chefs doing world class work were ignored over stuffy international picks, but the best of the best were mostly accounted for, many of which have recently visited L.A. Remember that Chefs Rodolfo Guzman (#8) and Francis Mallmann (#37) passed through earlier in the year, and chef Jair Tellez cooked for a night at Bestia.

Congratulations to all, and keep reading Los Angeles magazine (online and in print!) to stay de moda (fashionable) on Latin American cuisine overseas and here in L.A.